A Day At The Beach

When we left New York it was hot and sticky  That night in East Hampton the rain woke us in the middle of the night.  At first it was just some soft pattering sounds on the roof.  Then it began to bucket down, and we jumped up to crank closed the windows.  We laid in bed and listened to the sharp ticking of the rain against the glass.

It was the tail end of Hurricane Andre, trailing its long arm over Long Island.  Exciting for us: the wind wasn’t howling and we weren’t out nailing up plywood.  We have lots of earthquakes in the west, and the odd fire but hurricanes - not.   At least not yet.

All day it poured.  Where we live we are in the throes of a nasty drought, so this was heavenly. 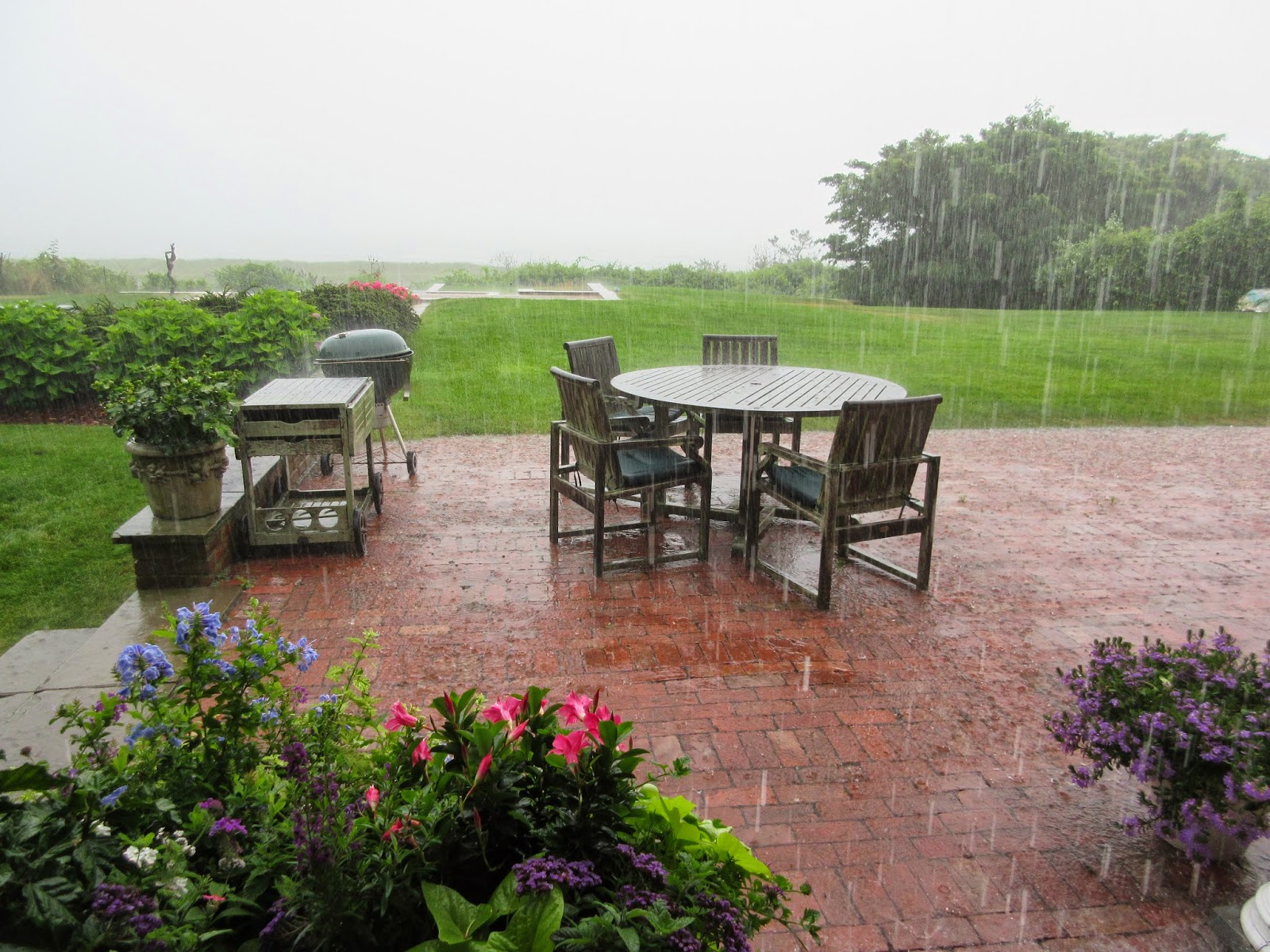 We read, we laid around and stared out the windows, glorying in a whole day with nothing to do...and all that wonderful water coming from the sky. 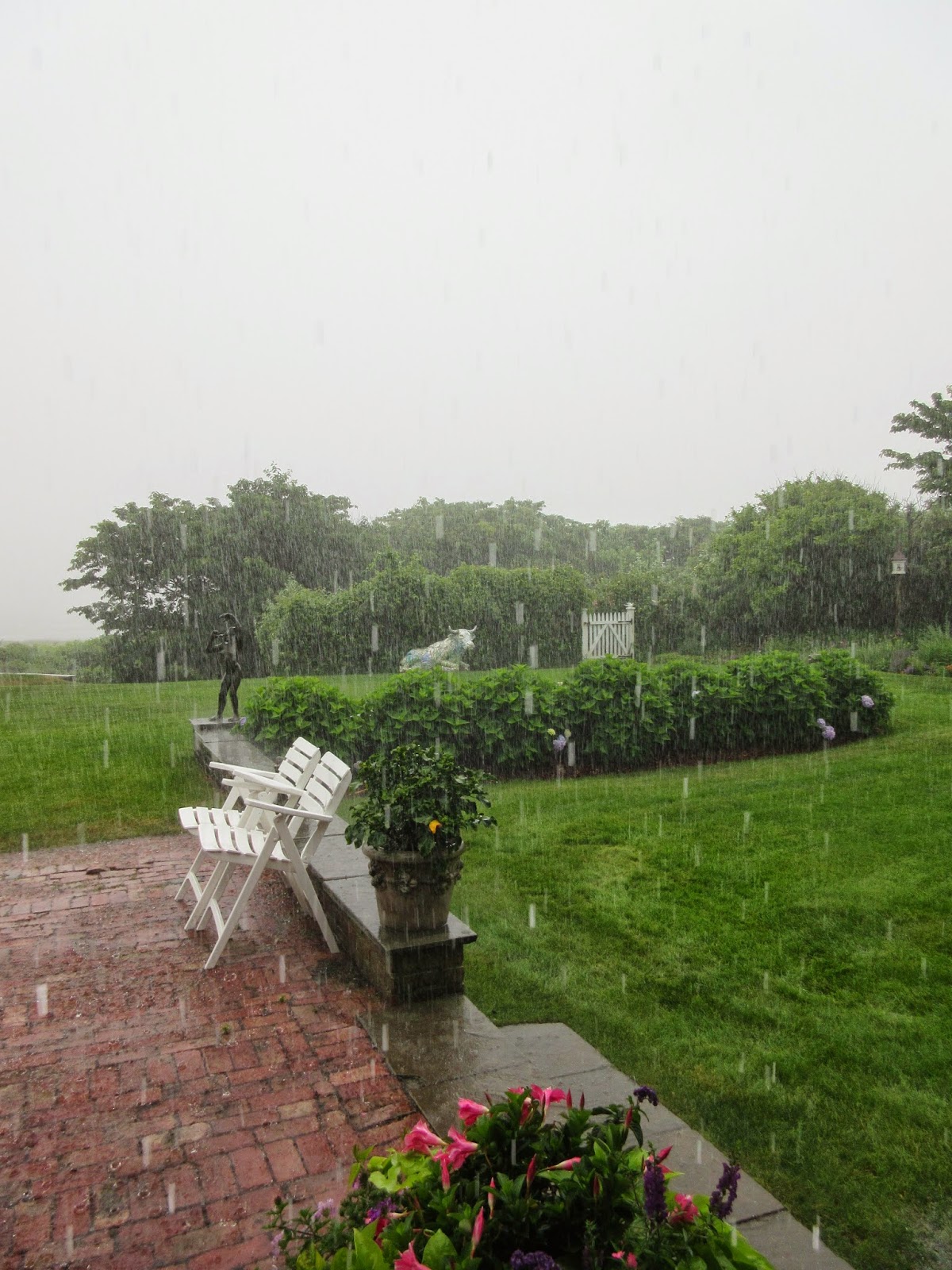 We watched the tennis matches at Wimbledon while the rain streamed down the windows.   That day, the good guy won.  Alas, he lost in the final. 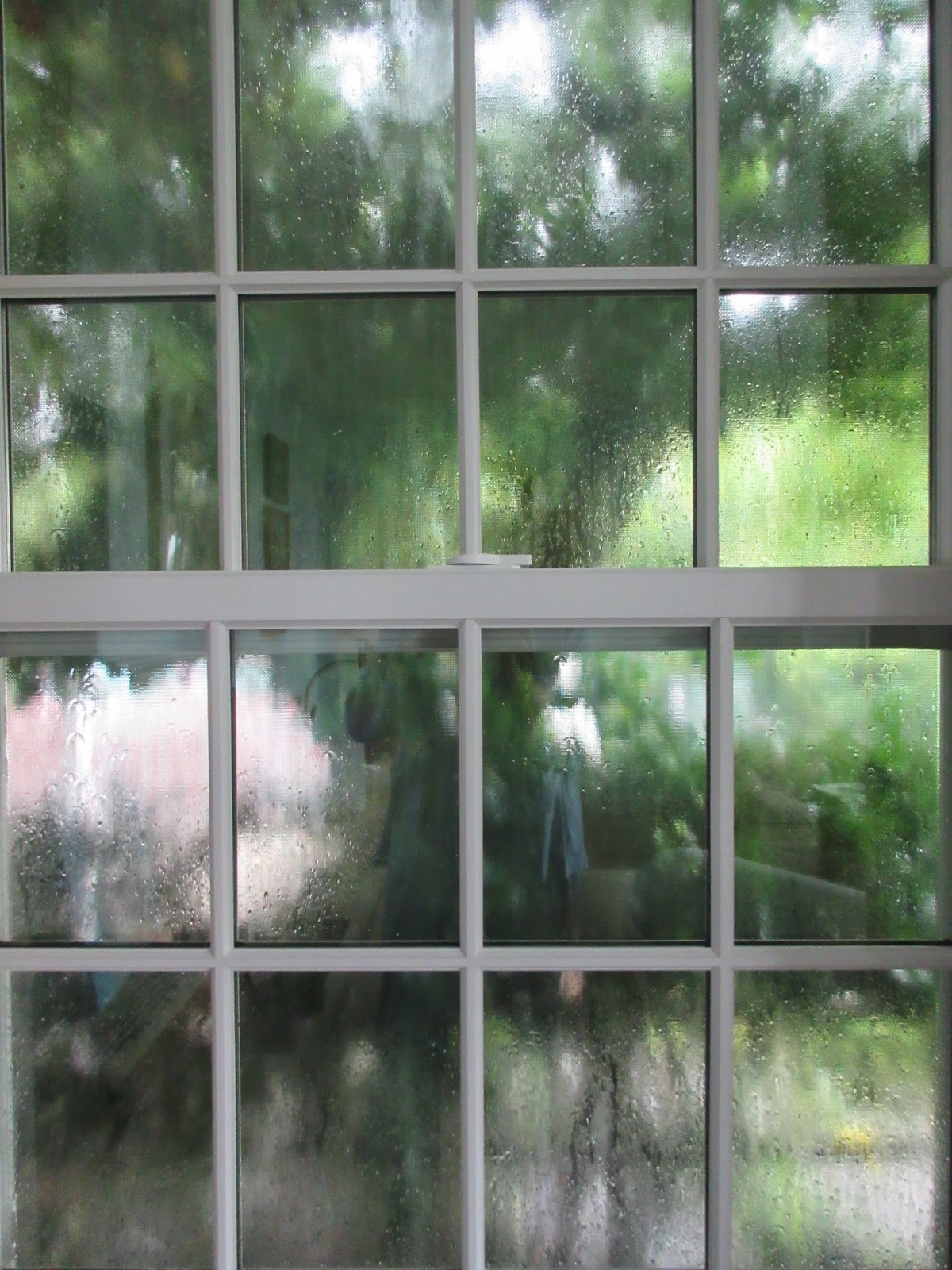 It was the perfect house for a rainstorm - high ceilings, tall windows, big airy rooms.  Lots of bedrooms, lots of places to curl up with a book, and a big overhanging porch so we could leave the tall glass doors open and listen to the surf sounding in every room but the kitchen, snug on the lee side of the house. 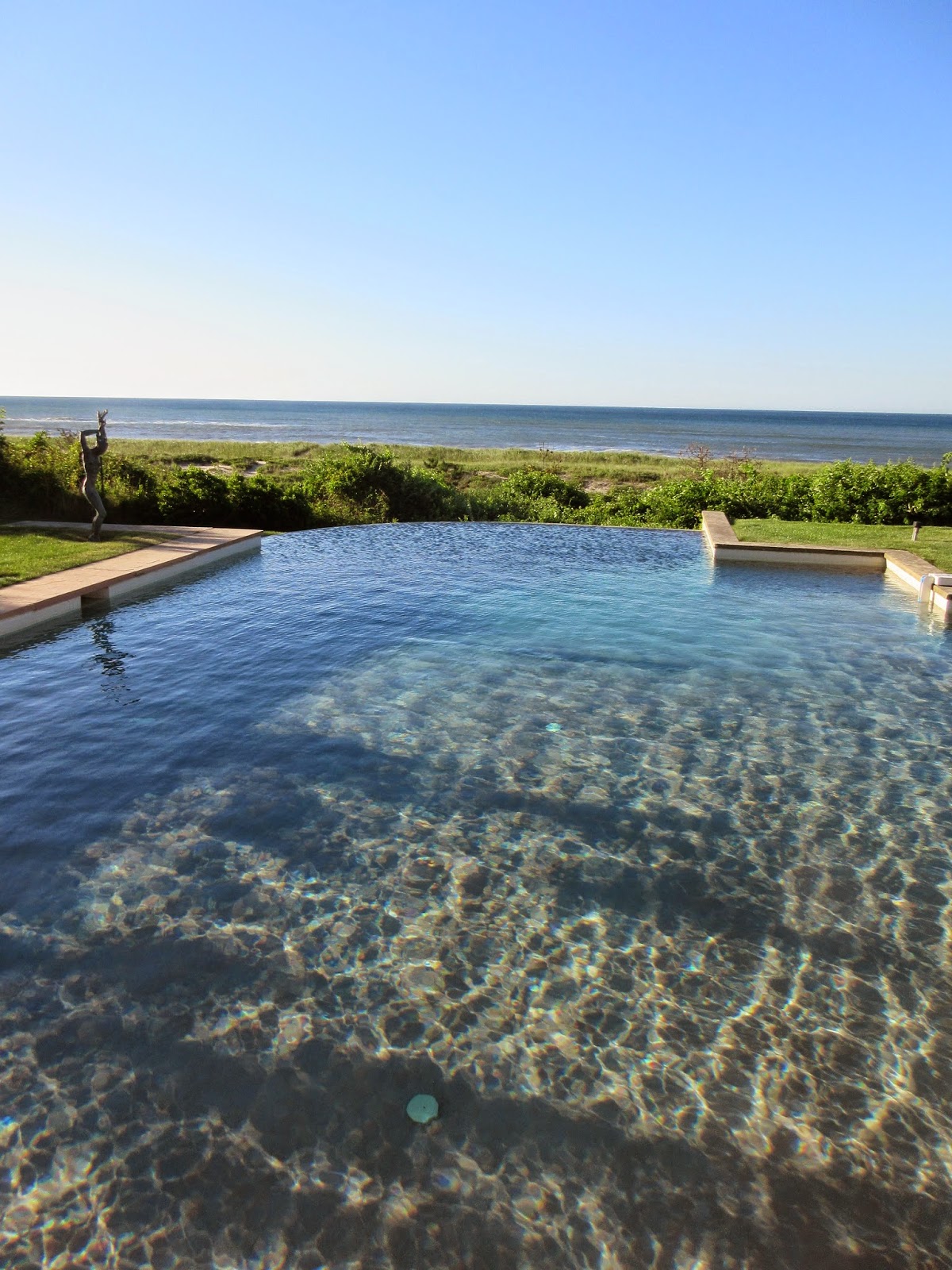 The next morning you’d never know it had rained…except for the pumps bailing the water out of the sand traps on the golf course.  And the puddles in the gravel lane. 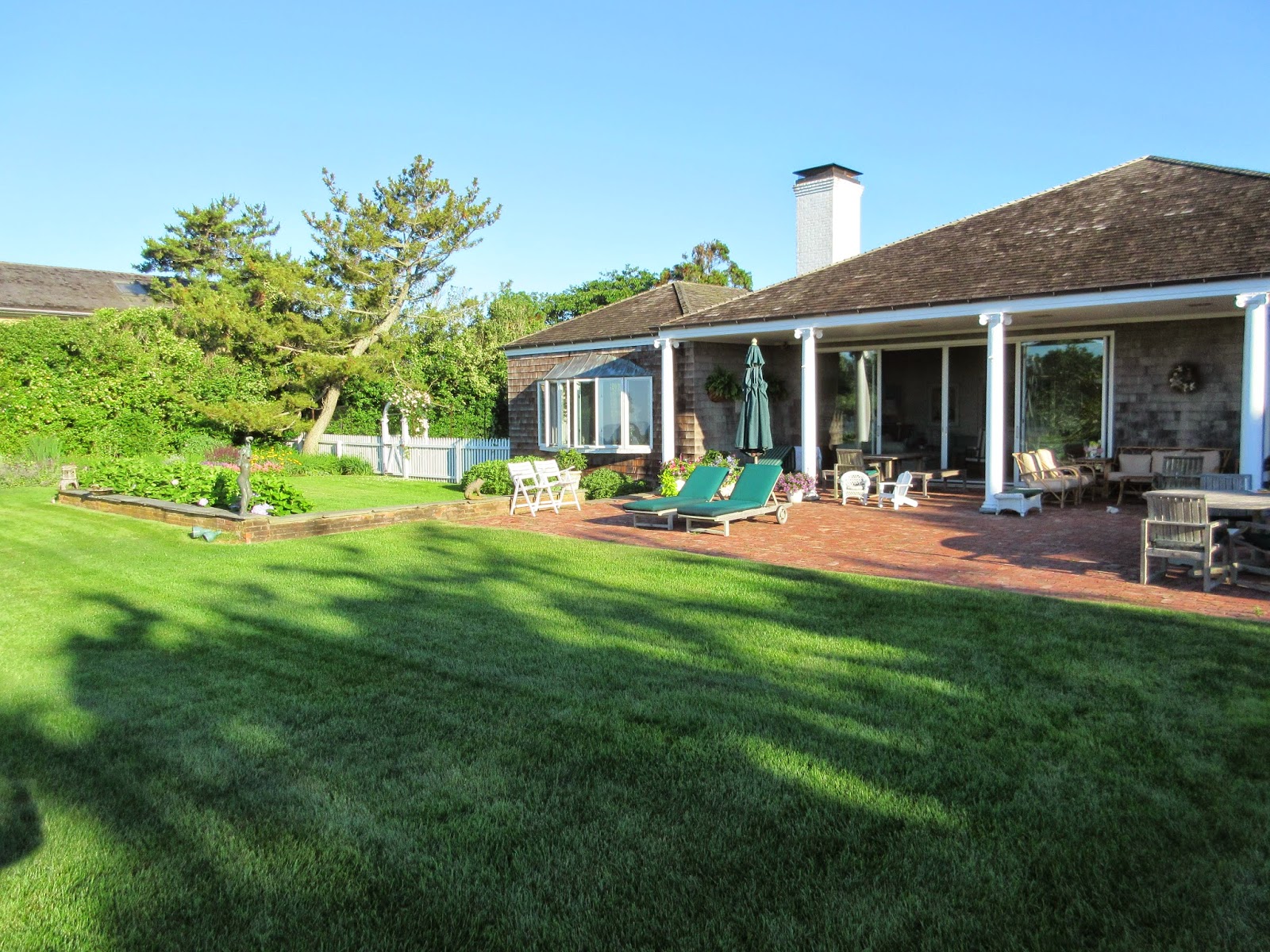 The lawn was a an incandescent shade of green. And the waves were huge, angry, thundering and booming against the sand. 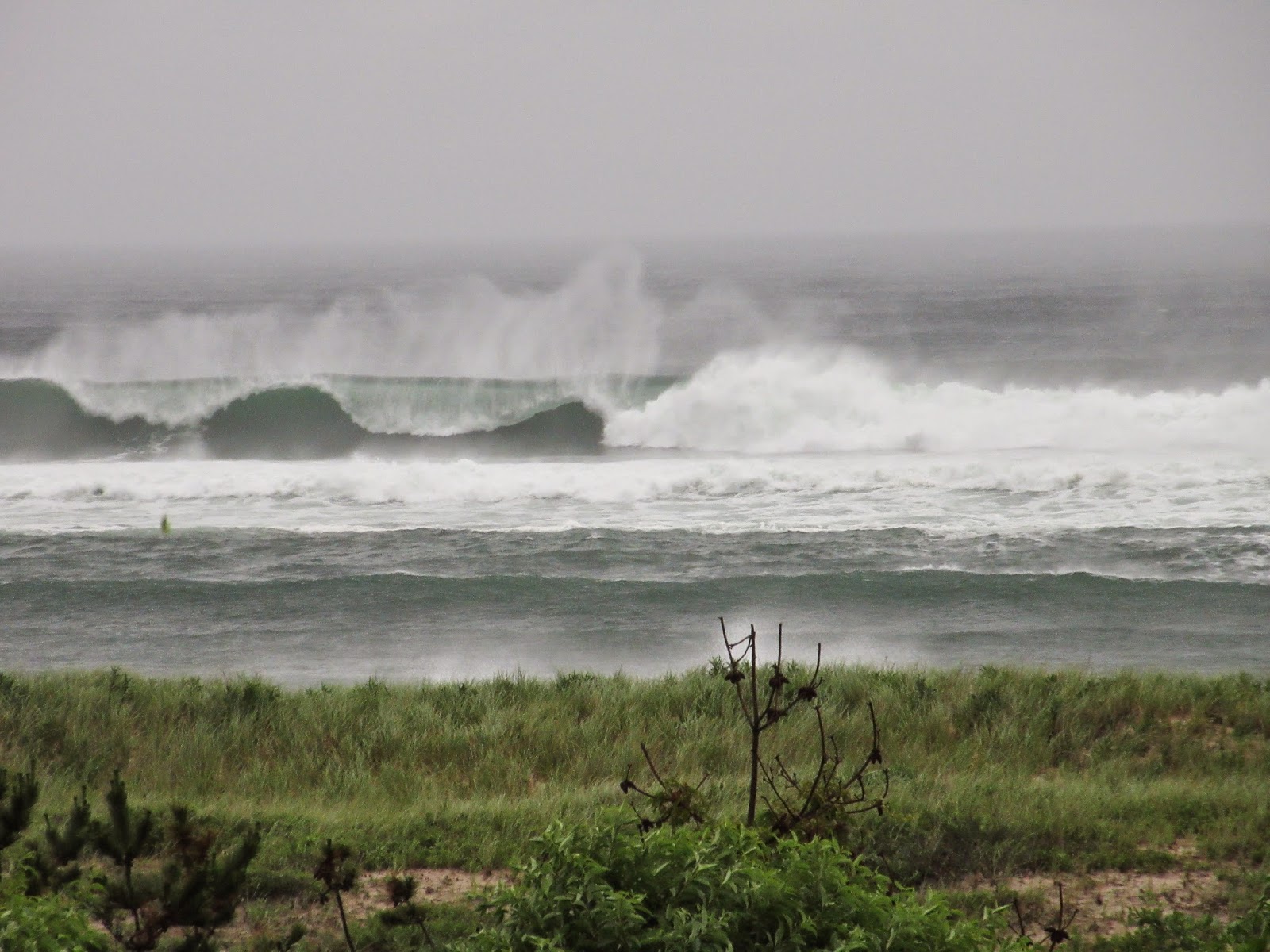 We watched some surfers fight to paddle out, and finally give up, exhausted. 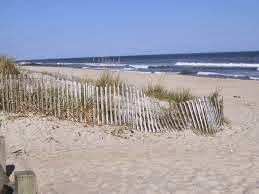 It was a perfect day at the beach.
Posted by Postcards From The Hedge at 10:02 PM