Riding the Tour de France with B and R seemed like a good idea when we signed up. We would have the winter and spring to get in shape, John was having a significant birthday (it rhymes with heavenly, sort of), and he was planning a big European birthday bash. So we made hotel reservations and bought plane tickets. 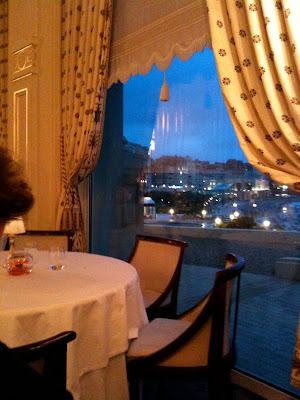 Then his grandchildren's mother said no thanks to an all-expenses-paid European vacation (I know, I know, you're not the first to say "Adopt me! I have cute kids!") so John and Pam will head home after the ride. But we're still doing the ride.

I suppose I should confess that we had had several bottles of excellent red wine when we got this Tour de France brainstorm. I should also confess that in the wet and cold of winter as we were drinking more red wine instead of riding we rationalized: "We can get in shape in the spring." That was the red wine talking. And in April when we were just beginning to rack up some longer rides interrupted by lavish lunches we rationalized that we still had two months...

Or not. I spent all of June in bed coughing and sniffing and wheezing and sleeping. Finally got drugs and swelled up like a big purple grape. An itchy purple grape. I won't pass the drug test because of the steroids I took to quell the rash, and I'm not any faster. And did I mention we are the oldest people on this trip by about a hundred and twelve years? But at least I'm not itchy and purple. And we're here, ready or not, to ride the B&R version of the Tour de France. 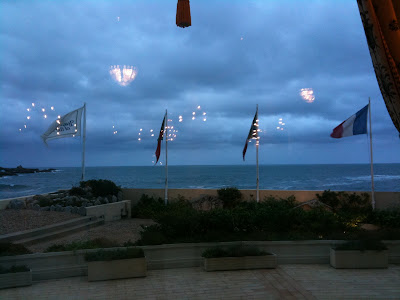 So we will be riding the last week of the Tour including the Col de Tourmalet. As Wally says, "I've never met a hill I can't walk up." I've also never seen him walk up a hill. I, however, have walked up many a hill, whining and swearing and eventually getting back on my bike.

And since in is a Butterfield trip with excellent food and wine, training takes on a new dimension - 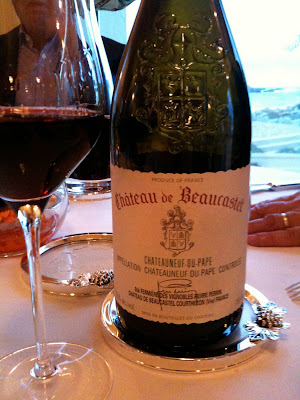 You can't eat all that wonderful food and drink all that fantastic wine without training. So we are in training. Tales of adventures, triumphs and tribulations to come. I keep reminding myself the worst experiences make the best memories.And the best stories.
Posted by Postcards From The Hedge at 3:27 AM