Our dear friend Jane, in from NY, suggested a walking tour of Chinatown. So we did. It was great fun. 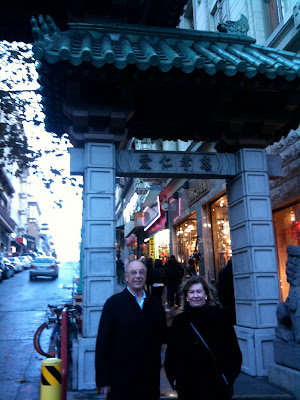 This site has self-guided walking tours of other neighborhoods - we live here and there are places we've never been (Alcatraz, Musee Mechanique) and places we'd like to explore more. (Coit Tower, North Beach)
There were ice skaters in Union Square...

...and a ginormous Christmas tree, 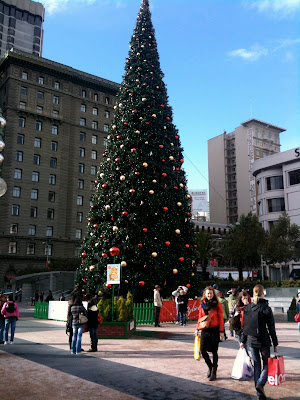 there were festive windows... 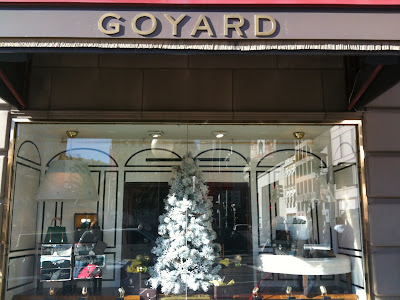 ...and some artsy displays. 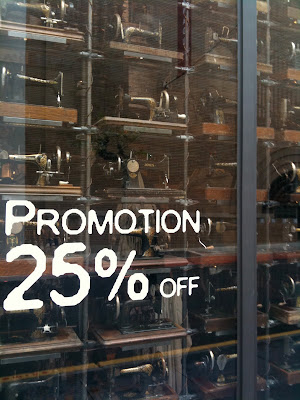 A bit disconcerting to discover the twin to my treasured sewing machine among this display of the antique and obsolete. 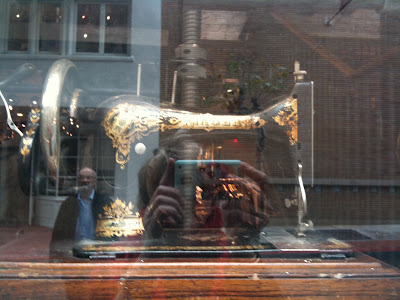 The view from our hotel was spectacular - 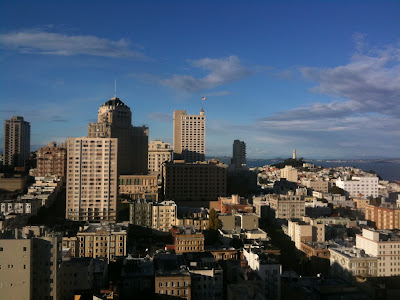 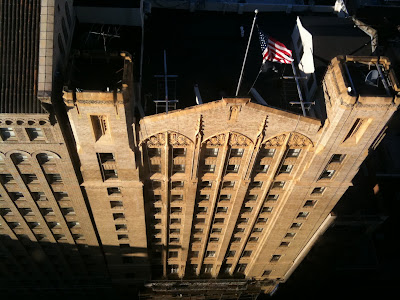 Even the Police horses were decked out... 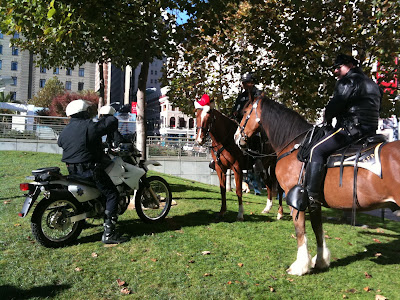 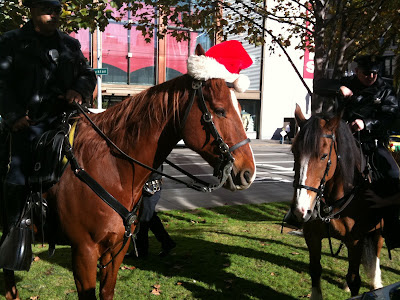 ...and the pigeons looked better than usual. Feathered rats, we call them. But they do match the planter. They reminded me of a Ron Morgan flower arrangement. Only he would not use something as plebian  as a pigeon. 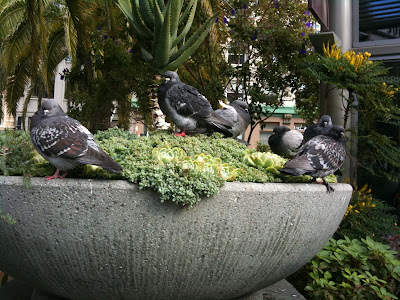 Union Square blazed at night. There was magic in the cold night air... 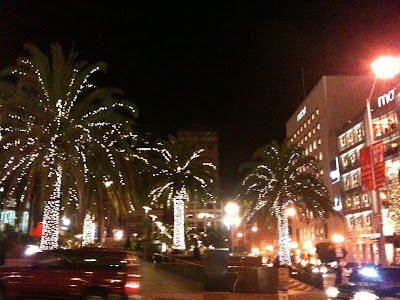 And one raging disappointment. We used to love the Clift Hotel - the beautiful and historic Redwood Room, the elegant lobby...
Eric told us it had been redone and was supposed to be fabulous. Not! It looks like a cross between a disco on acid and a prison. It is cold and ugly and creepy. We could not get out of there fast enough!
We also went to Cavalia with Wally's grandson. It's a cross between the Spanish Riding School and Cirque du Soleil.  We had wanted to take him to Disneyland; his mother said he didn't want to go to Disneyland but he wanted to go to Cavalia. So after the performance I asked him "Lincoln, why did you want to see Cavalia?" and he answered "What are you talking about? Because you made me!"
There are no secrets with eight year olds. This one is a treasure. We had a blast. If you go, take a kid. Although now that I'm thinking about it, many things are better when experienced with a kid...
Posted by Postcards From The Hedge at 9:26 PM