"And Now, Here Comes The Cracker"

Vivek has been telling us jokes as we go along, getting them on his Blackberry and trying to read them to us as he snorts with laughter.  Before the joke even gets funny, he starts laughing so hard he can’t speak, and we can’t help laughing too.  And just before the punch line he says, “And now here’s the cracker” and we laugh even harder. 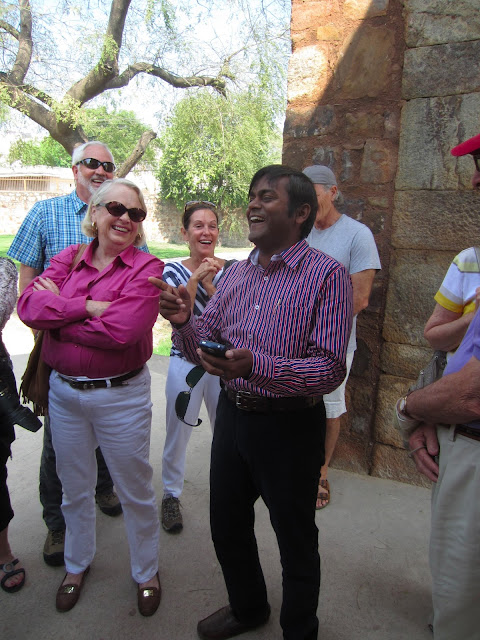 Besides Vivek's crackers, the thing that brings a smile to my face?  The people.  They are warm, happy, welcoming.  I didn't expect to love it here.  Or feel so comfortable.  Thank you Vivek - thank you India.

The God of Small Business

They line the roads, fill every nook and cranny of the city - the tiny shops, smaller than a one-car garage. In the poor rural areas they are built mostly of sticks and thatch, but some are made of brightly painted concrete.  In the cities they make use of whatever building happens to be there.  Most sell only one thing.  This one sells beans and grains... 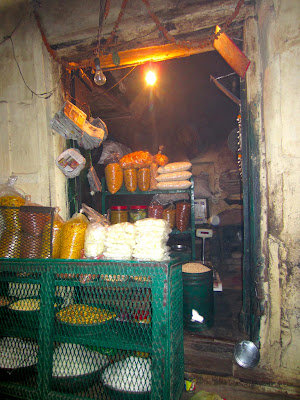 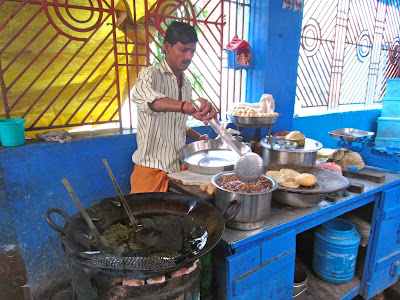 Many of the roadside shops have strings of brightly colored packets flapping ing the breeze.  At first I think India must be the world's largest consumer of condoms, until Vivek tells me they are packets of Pan, a digestive made of seeds and stuff that many Indians chew after a meal.  Whew. 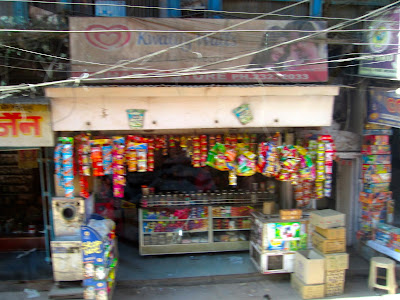 In India, every 80 kilometers there is a new language, a new culture.  Someone tells me India has 14 official languages.  Someone else says no, way more.  God knows I don’t speak any of the local languages.  But some of the translations are priceless: 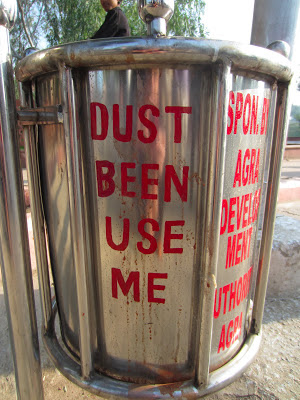 Vivek adds a few of his own:

“Let me know if you feel pressure to buy (no! in India?!?) and I will show them the music they will understand.”  Okay.  Face the music, maybe?

“Don’t get mellowed down by their emotional blackmail”  Nope.  No mellowing down happening here.

Next stop: Delhi, old and new.
Posted by Postcards From The Hedge at 2:48 PM