In the morning the Taj Mahal is not crowded, peaceful and cool, just a few people strolling thru the morning mist. 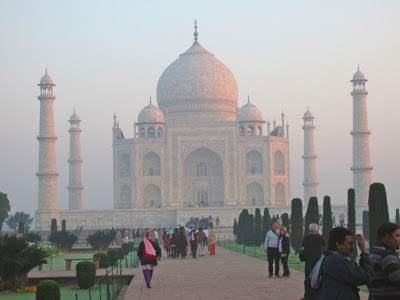 We stand almost alone just outside the tombs and watch the sun come up: 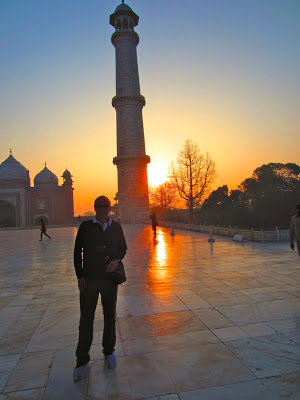 Dogs are everywhere in India, they all look like Ally's cousins, and one is sleeping on his back in the courtyard of the Taj.  Just as Lynn goes to take his picture, our guide pours water on him.  Not funny. 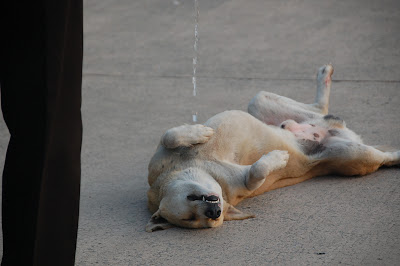 We are appalled and say so - I call it doggie waterboarding.  Lots of muttering "How would he like to wake up that way?  and What a jerk"   The dog jumps about a foot, wiggles to his feet and runs off, and I decide to bag the rest of the activities with the cruel waterboarder and laze by the pool at the Taj hotel.  Heavenly.  Invited the dog, he didn't come. 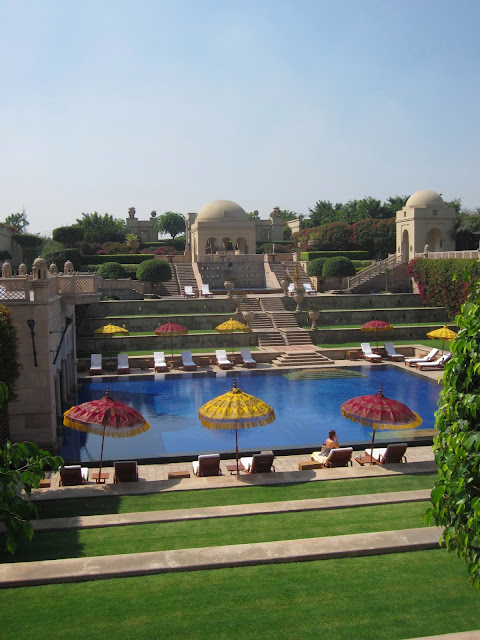 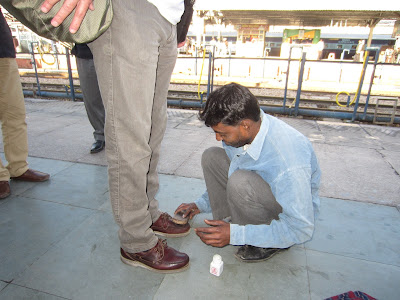 Vivik tells us “That’s ten times what it should cost - it should be only 10 rupees!” so Tim, in mid shine, hands the guy a 50 rupee note, and the guy demands more.  Tim refuses, and the shoe shine guy walks off, leaving Tim with one shiny shoe and one with a puddle of shoe cream.  Half price, half shine. Live and learn. 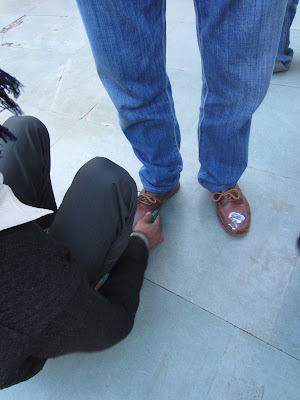 I try for a while to take photos out the window.  Of the colors, the chaos, the life on the street.  The brightly decorated semi trucks... 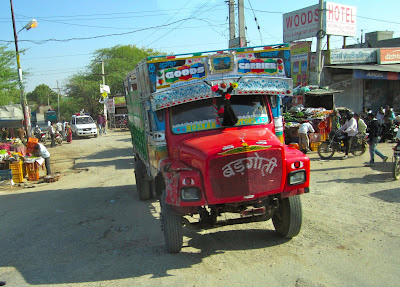 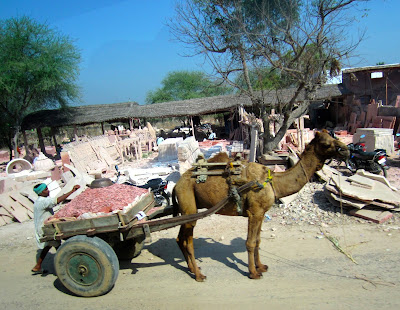 The neat stacks of fruit on two-wheeled wooden carts left over from the Raj.  Or maybe from shortly after the invention of the wheel. 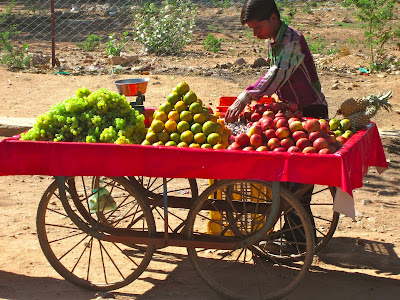 The fruit carts on the side of the dusty road surrounded by trash and traffic. 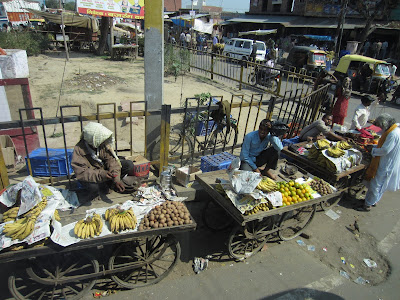 The brilliant face-painting pigments for an upcoming religious ceremony called Holi.   No relation. 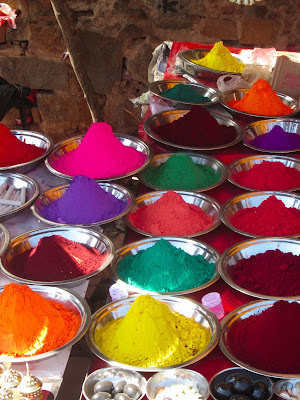 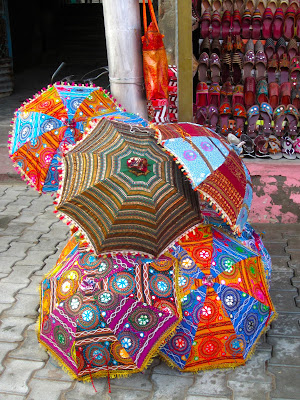 The kids playing cricket in a dirt lot.  Check out the ball just crossing his body.  Good shot! 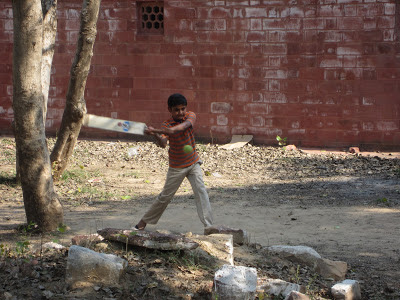 Eventually I give uptaking photos and  and just let it all wash over me.  Safe and warm.

Posted by Postcards From The Hedge at 2:57 AM