That's the traditional Estonian toast, and it means pretty much what you think.  "Health. Sex."  For such a reserved people that's a pretty direct toast.

Weddings start with a shot of vodka.  So do funerals.  And yet there's that reserve thing.  Külli says when she became a tour guide they told her "You'll have to ask about once an hour if anyone needs a bathroom."  And she said "I will not!  If they have a problem, they will tell me!"  And "I would never bother anyone with my small talk.  Do you know, if an Estonian gets on a bus and there is only one person on the bus, in the front left seat, where the Estonian will sit?"  Yes.  "In the last seat on the right."  Saw that one coming.

Did you know Estonia is the home of Skype?

Sweden
Stockholm, the Venice of the north.  There seem to be Venices everywhere. There's probably a Venice of Nebraska, even.  But Stockholm is stunning.

I thought it was a bit odd when the pilot came on board 5 hours before we were to dock.  But seeing the maze of islands: 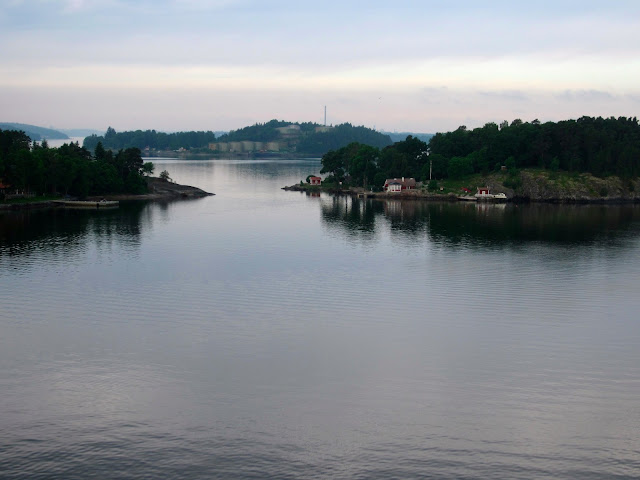 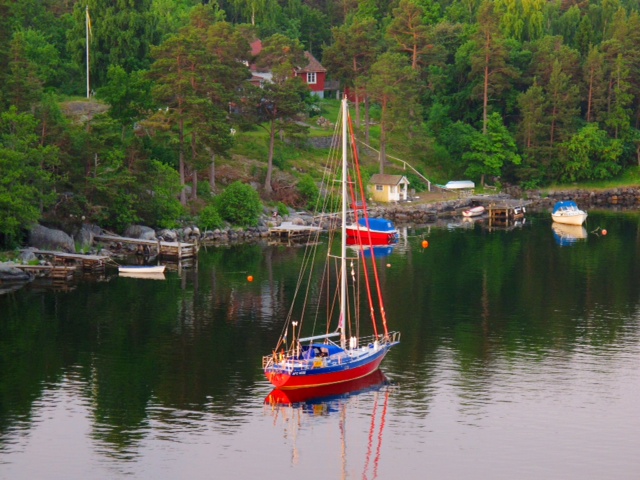 and remembering what happened to the Costa Concordia when they got close to shore, I'm glad he did.

Lots of water, lots of spires. 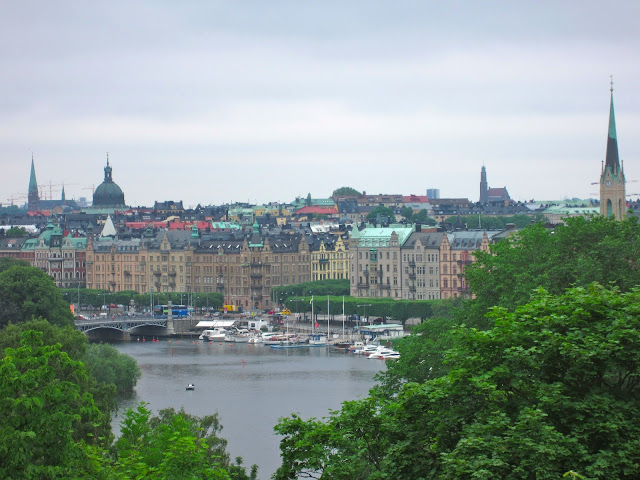 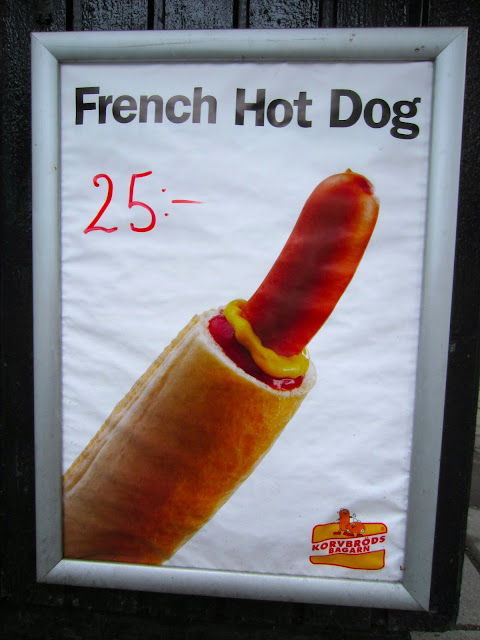 Summer in Stockholm.  Everyone was out - kayaking: 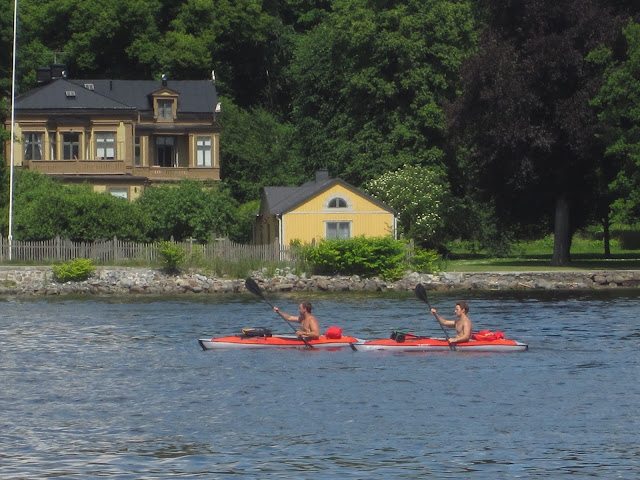 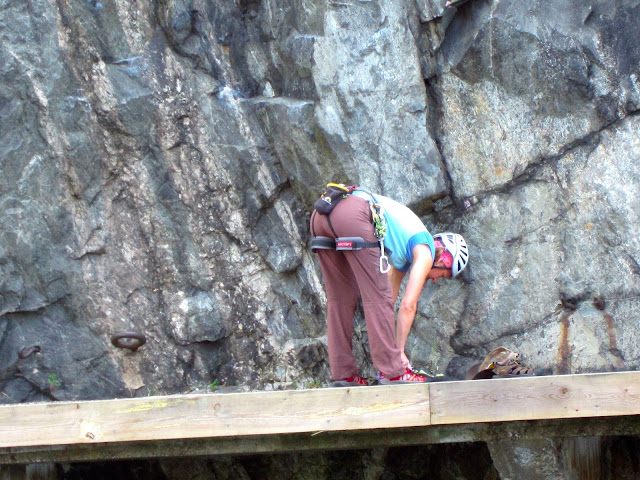 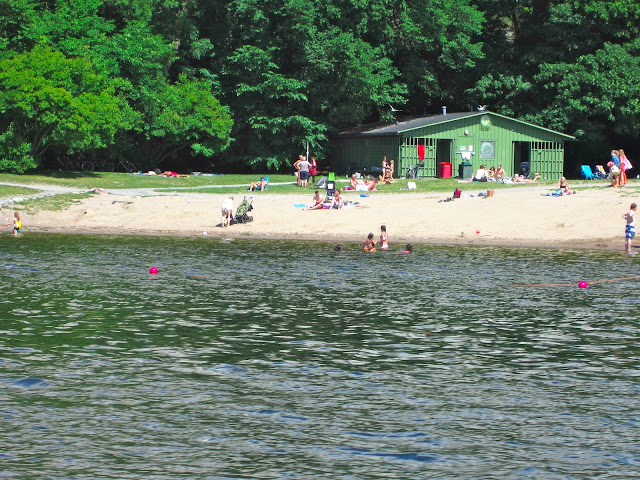 Even the birds were sunning themselves. 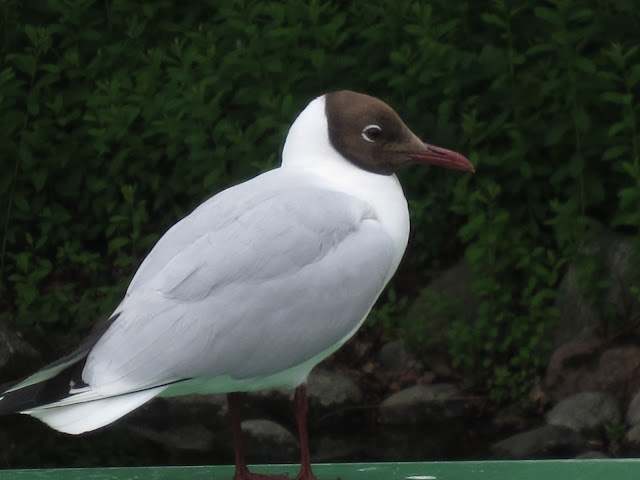 Posted by Postcards From The Hedge at 12:24 AM