On the way home from The French Laundry: 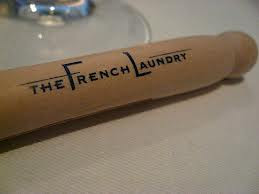 (anniversary lunch.  Yes it was fabulous - thanks for asking) where we had out favorites, Oysters and Pearls with cauliflower panna cotta... 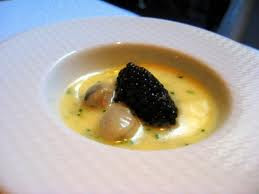 ...and Salmon cones with creme fraiche... 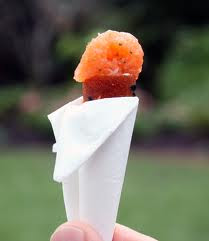 "How far away do you think that fire is?"  Wally asked.

"Thirty miles" I replied, and rolled over on the car seat and went back to sleep.

Nearly home, the smell of smoke woke me.  When the sun went down the sky looked angry, clouds of smoke glowed red and orange. 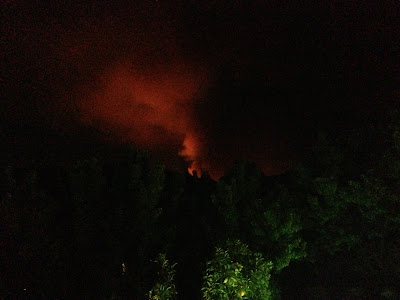 We sat by the pool and watched the fire grow.  By this morning the flames were lapping over the ridge.  Creepy.  Scary. 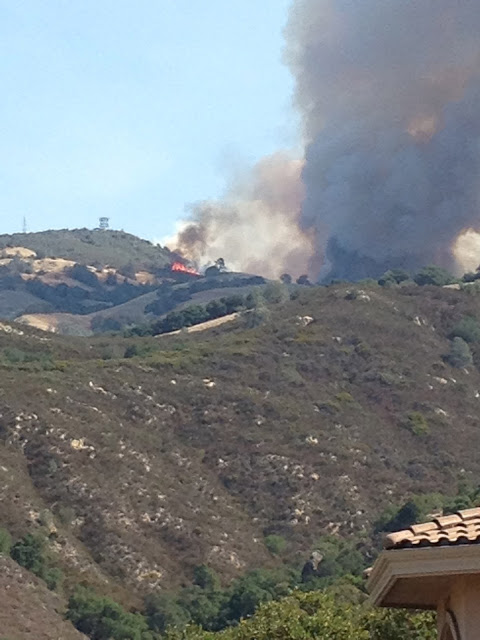 Grace called in a panic - should we grab the dogs and run?  Leslie stopped in the street.  Her kids were freaked out.  Friends from London and New York called.  The big question: "Are you alright?"

"Yes"  I replied.  "There are lots of very expensive houses between us and the fire.  They're not going to let all that pricey real estate burn."  And if it does?   We are more than the sum of our possessions.  As long as we have the dog and each other, the rest is unimportant.  Yup, even the jewelry.  And the books.

Late this morning when I took Mommy out for lunch we could barely breathe.  When we went to get in the car after lunch it was coated with ash.  Thought I would have to turn on the windshield wipers.

About 2 in the afternoon the Borate bombers arrived.  By 5 the smoke had cleared.  We had dinner in the garden under a blue sky.  And we are off to sleep under the stars.

It's one of the hazards of living in California, where it does not rain from April to October, sometimes later.  If you didn't grow up here it seems weird.  If you grew up here fire, heat, dry - it's all a part of the seasons, like snow in New England.   Which is rare here - when it does snow, about once every 20 years, we all run outside and act like little kids.

What do you live with that freaks other people out?  Earthquakes, tornadoes?  Hurricanes?  Monsoons?

Posted by Postcards From The Hedge at 7:26 AM