A World Lit Only By Fire

For days there have been cranes putting up iron frames for candles around the windows, doorways and arches of buildings and palaces.  And there are a lot of palaces here.  And arches. 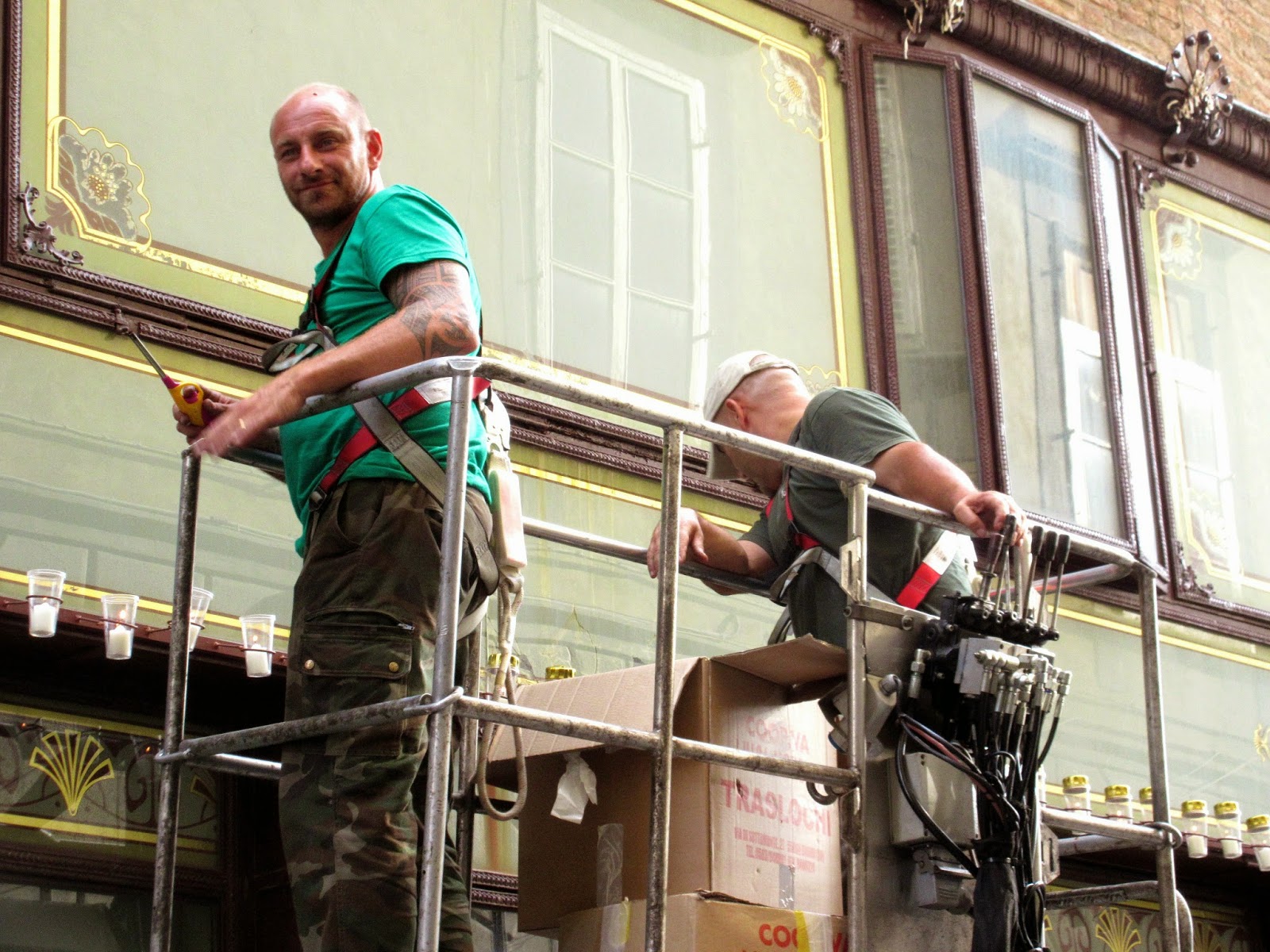 It's the Festival of Volto Santo, and Lucchese from all over the world have come home.  Tonight there will be a candlelight parade, complete with relics (they leave the jeweled cross in the church, however...I think it's an insurance thing).  There will be fireworks you can see from the top of the walls.  Markets in every square.  And if we think it was crowded before, we are told, just you wait.

Guys on ladders and in cherry pickers are lighting candles all evening... 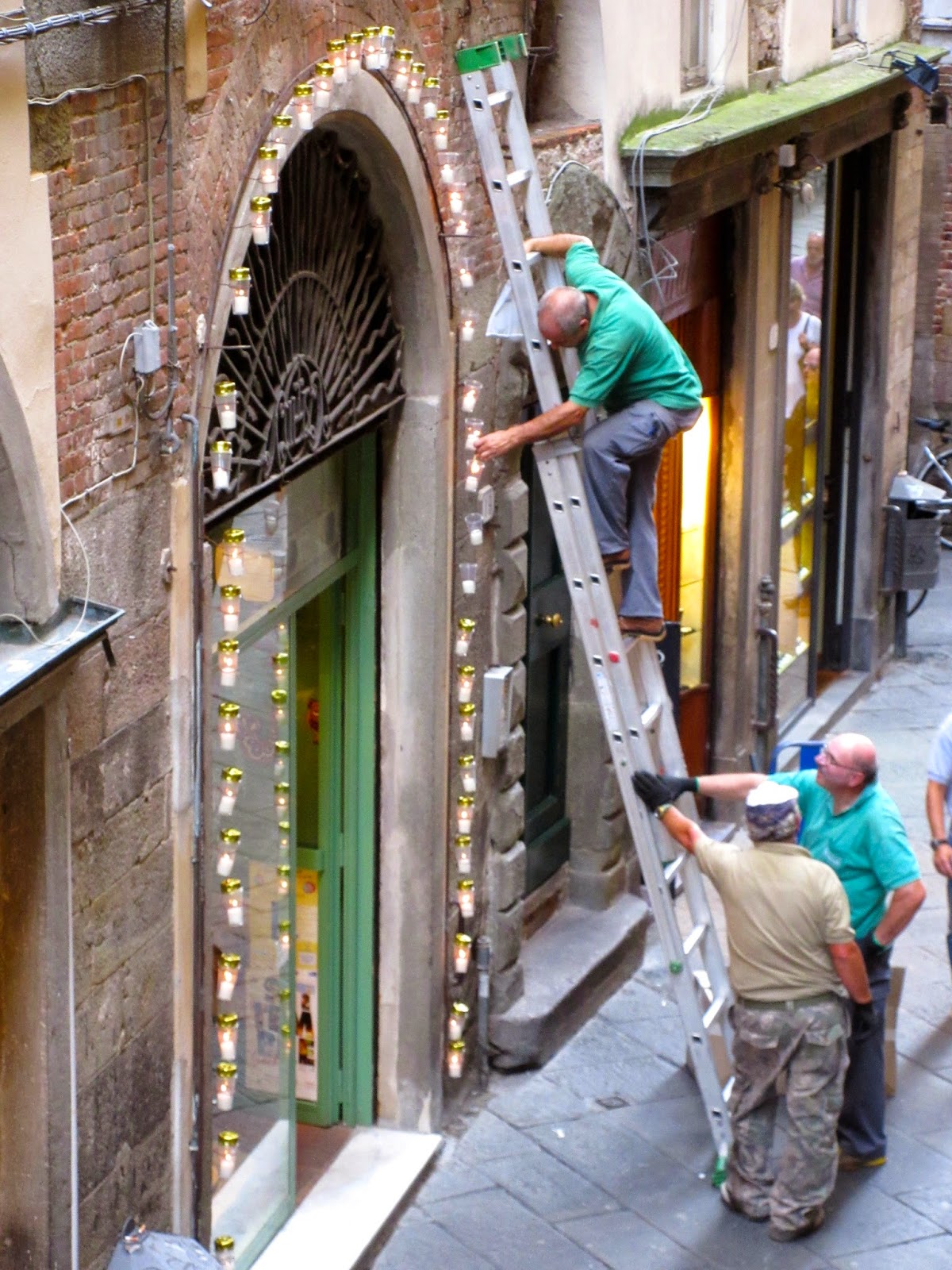 ...and our normally crowded street is so dense we can hardly step out from our doorway. 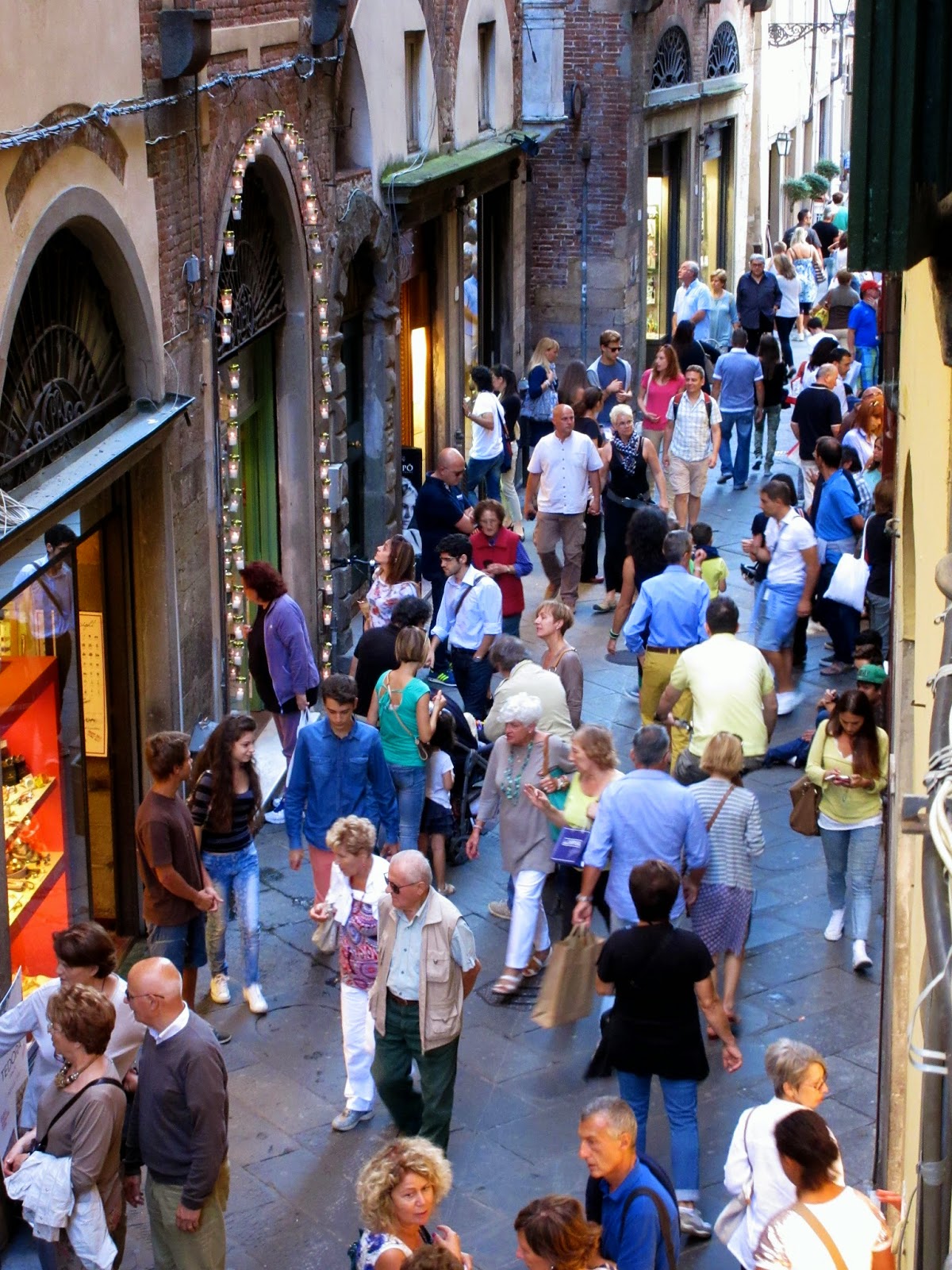 Believe it or not people are actually biking in this traffic.  I was nearly decapitated by a cyclist when I stuck my head out to see if it was safe to step out.  Michael jokes that bikers in this crowd are either deadly - or dead. 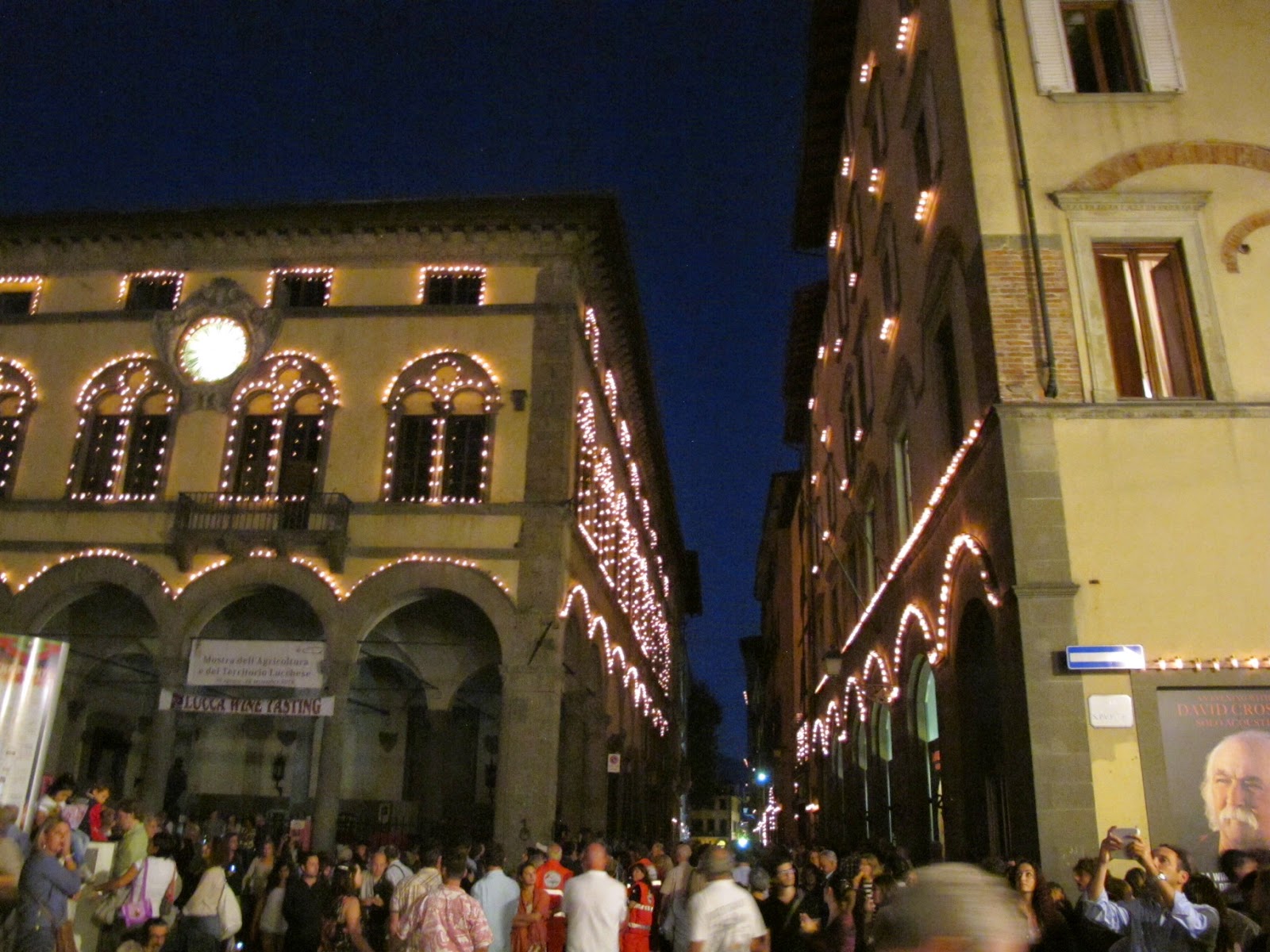 The church around the corner glows 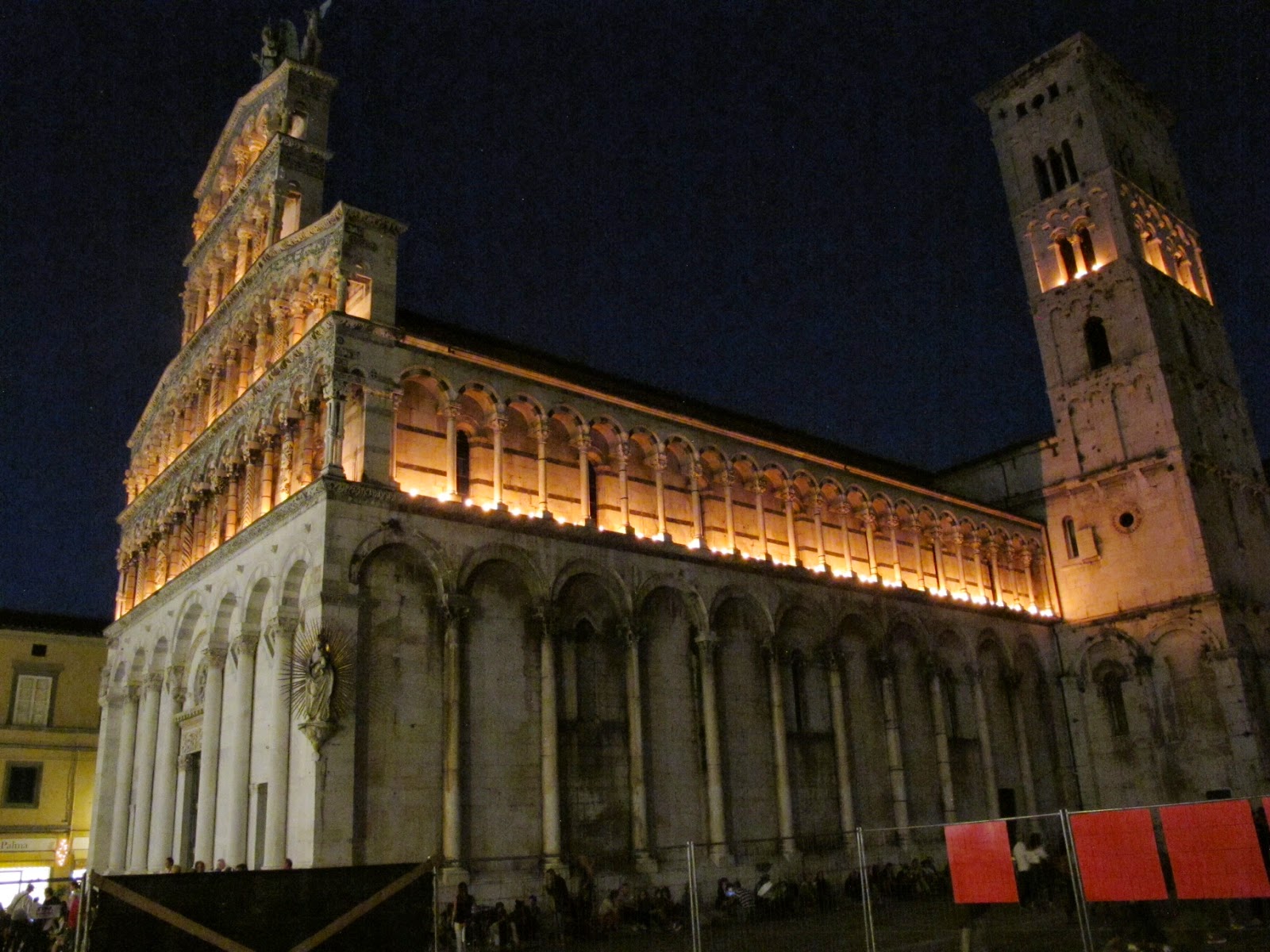 The cross leads the parade 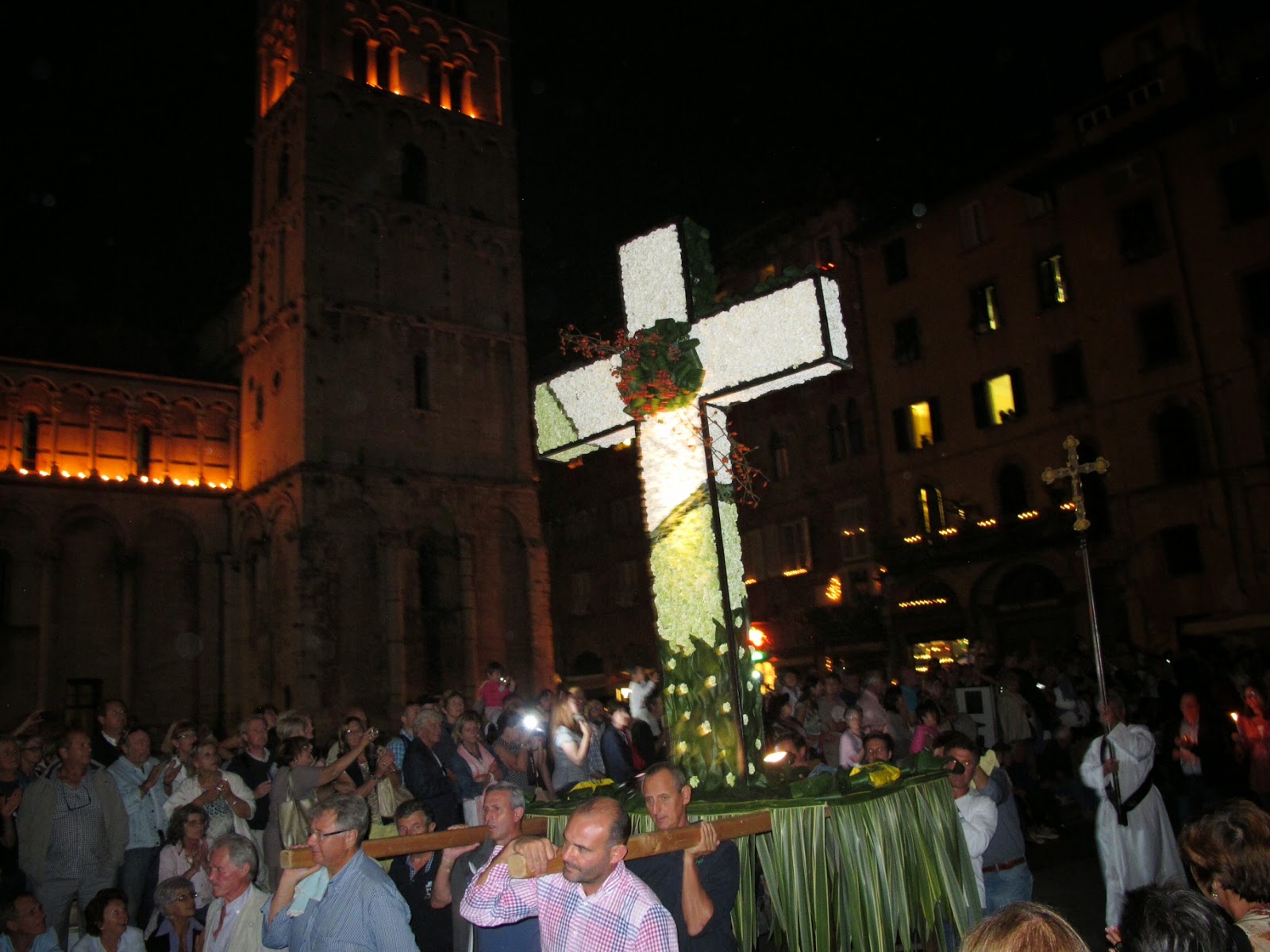 Followed by the candles 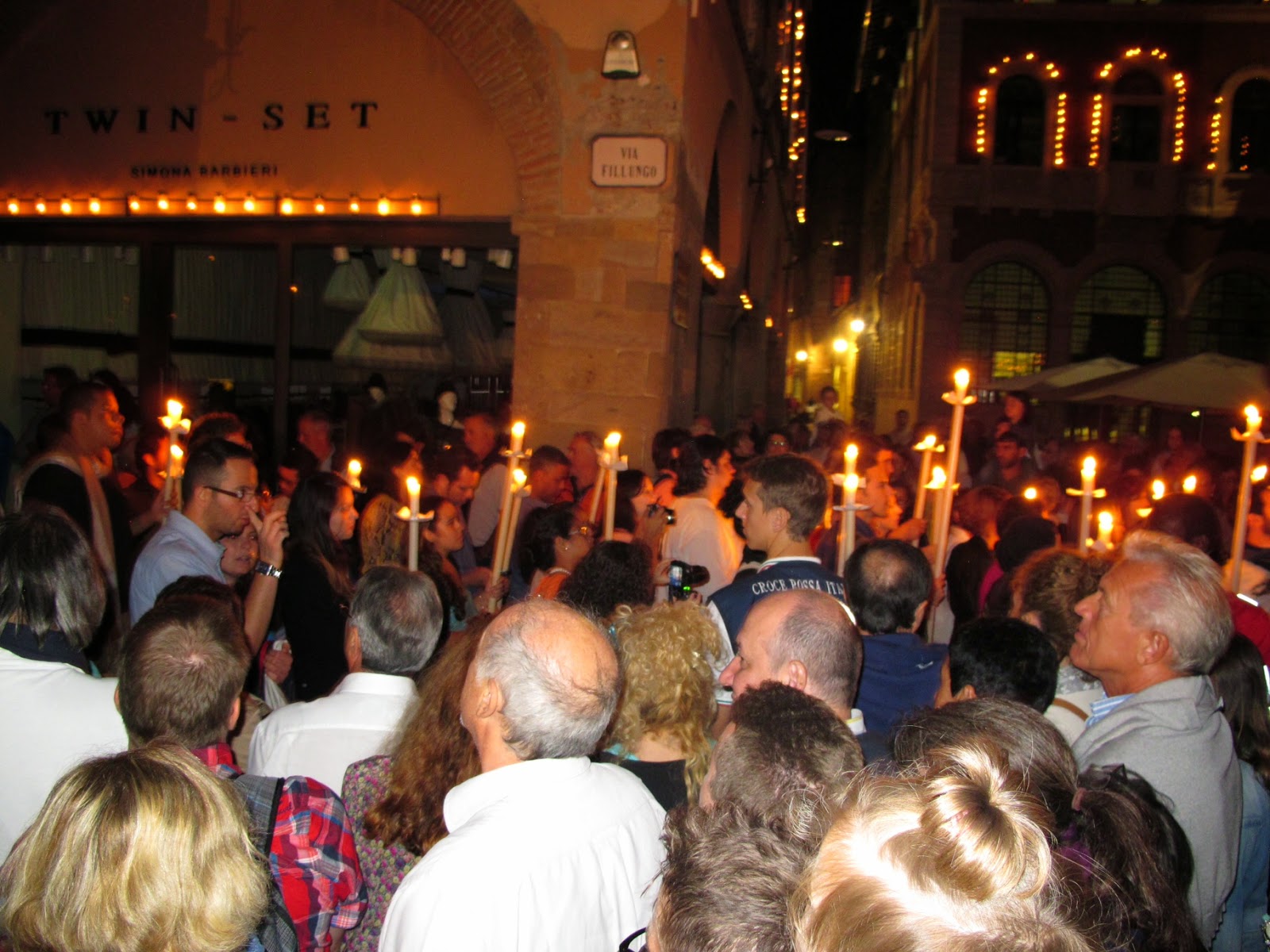 Along the route the street lights have been turned off, and the procession is by candlelight.  It's eerie - a world lit only by fire.  In these narrow streets it could be 600 years ago. 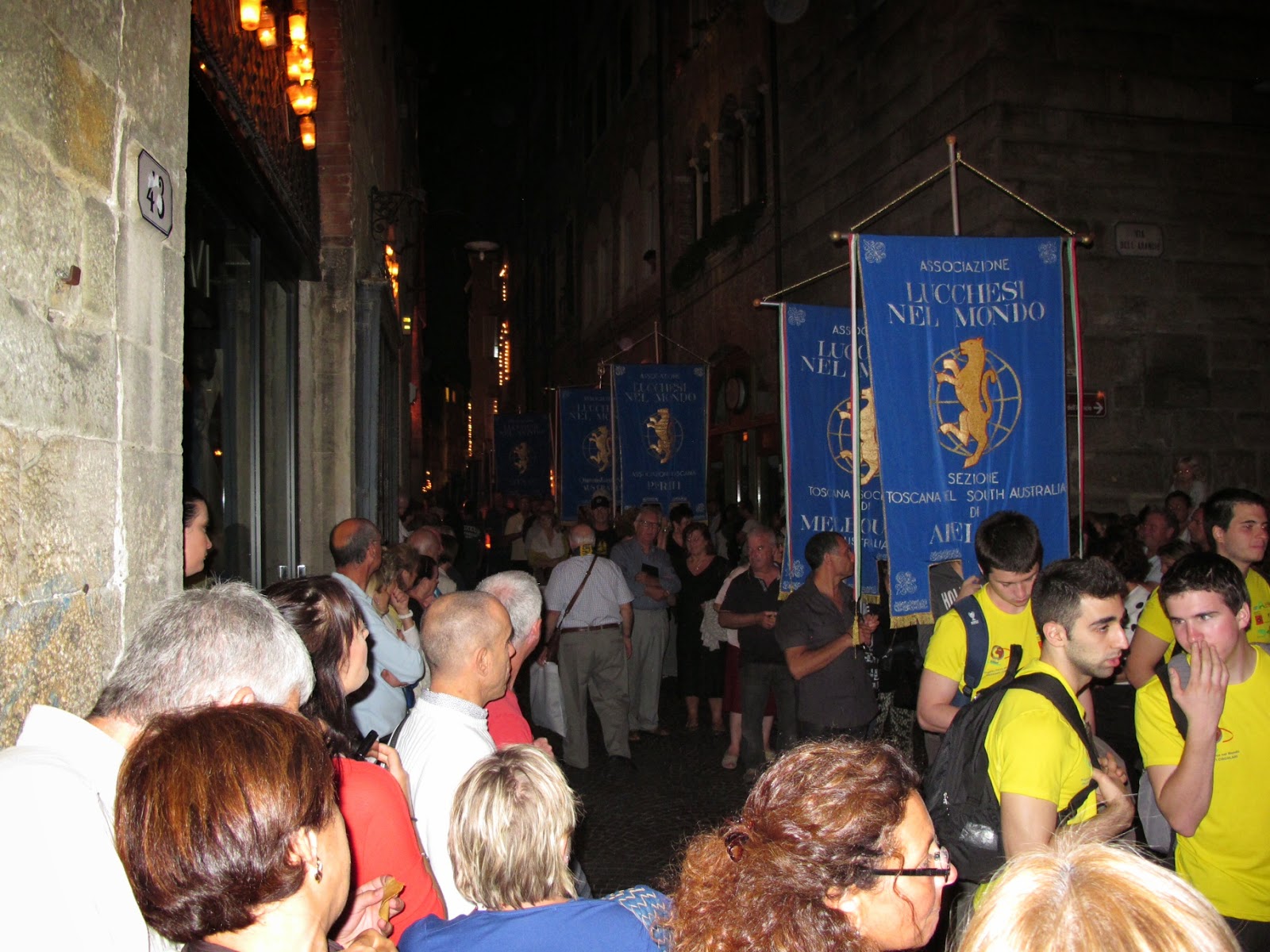 Except for the flashes from the cameras.  And the costumes.  I don't think they had backpacks in the 1400s.


Lisa's cousin Fioruccio and his boyfriend Paolo take us up on the walls to see the fireworks.  The explosions echo off the walls, the earth shakes.  Now we know what it felt like to be under attack here. 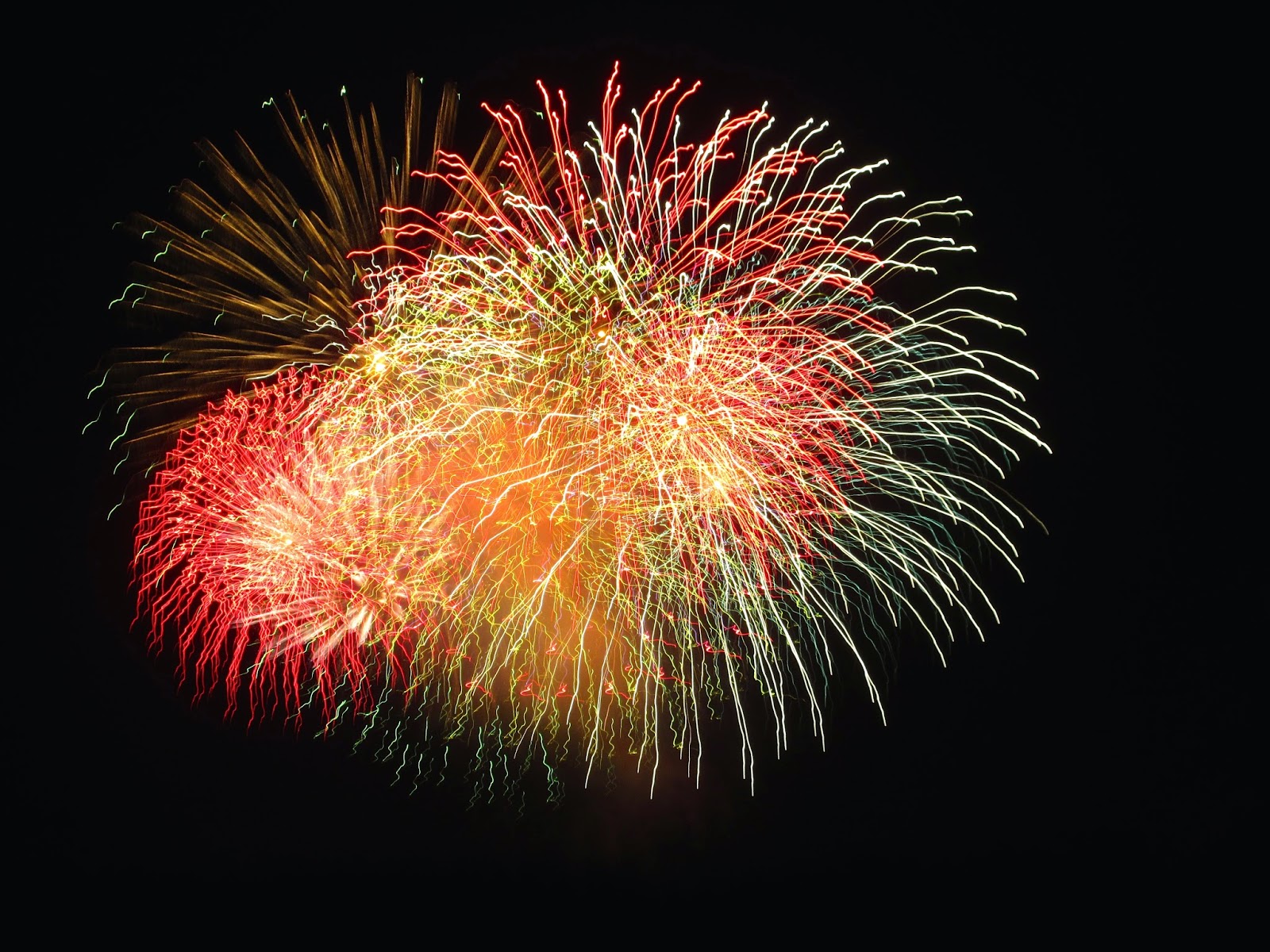 They are spectacular - palm trees and waterfalls of stars that go on and on, white circles of fire that explode in the air to reveal red hearts inside, layers on layers of colors.

It's after midnight when we get home 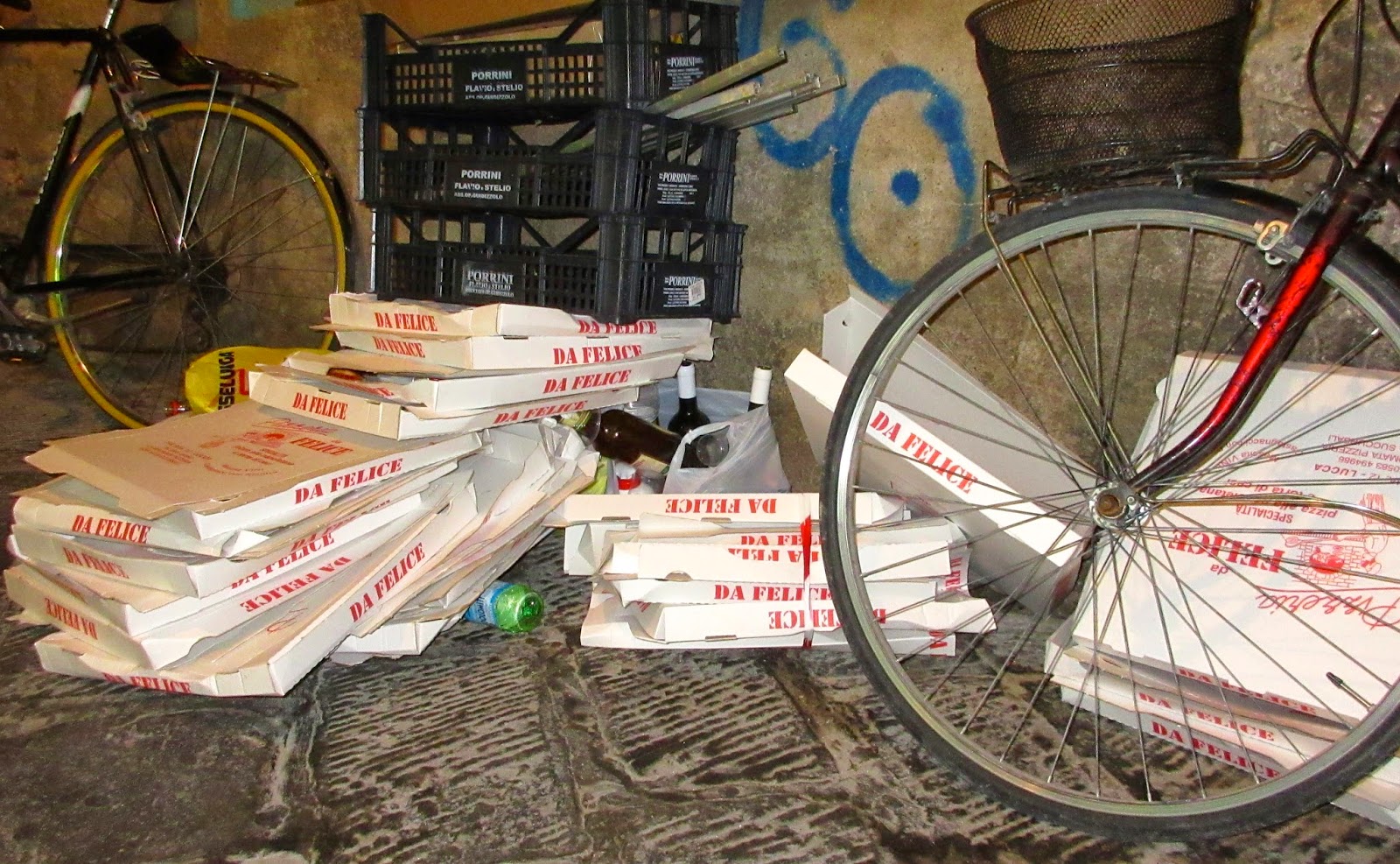 and find there was a big party in the alley next door.  Glad we saw the fireworks, sorry we missed the party.

Posted by Postcards From The Hedge at 1:03 AM