The Newly Wed and the Nearly Dead

You know you're in a hotel that caters to old people when:
-the first treatment on the spa menu is an age-defying facial, and:
-the make-up mirror in your bathroom is about 12x magnification.  Great for people my age...if you're able to bend over to get within two inches of the mirror.  Otherwise it's all a blur.

It is stunning.  Most of the guests are old, with a few dazed honeymooners thrown in. 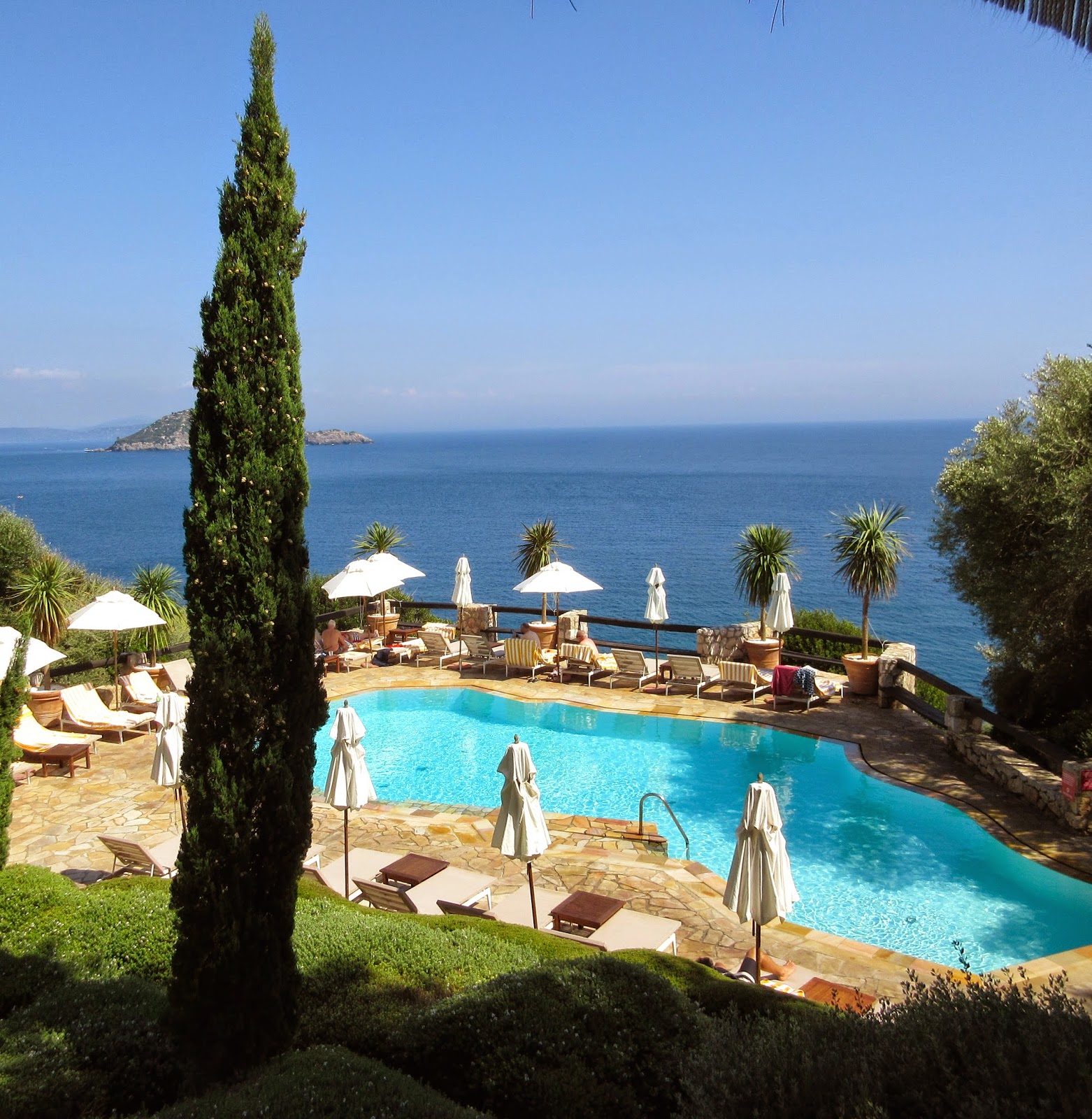 And Il Pelicano has a great back story.  Michael Graham, a Brit, was the only survivor of a plane crash in the African bush.  He jumped out of the plane and trusted the trees and bushes to break his fall.  Those who did not jump died.  I think there's a life lesson here.  Patsy Daszel, an American socialite, read the story in the papers, and wanted to meet him someday.

Some years later, he went to a party in LA, under duress (I suppose after surviving a plane crash what you really want is a good nap.  Or a stiff drink.) She was there and was being courted by Clark Gable.  It was love at first sight.  Between Patsy and Michael, not Clark and Michael.  Good to clear that up.

So when Patsy and Michael were looking for a place to settle down, a friend - a prince, of course - showed them this wild piece of coast, down a twisting road from the fishing village of Porto Ercole (which of course has now become a retreat for wealthy Romans).  A retreat, a place for friends to relax and recharge - and perhaps recover from an indiscretion? or an unpleasant divorce?

It is still a retreat - one of the Aga Khan's wives - ex, I think - is here.  Grumpy and beautiful.  And old.  I'm guessing the first ex based on her age, but I could be wrong.

It is now the lap of luxury.  Within two seconds of checking in we have booked extra nights.  A swim in the sea, 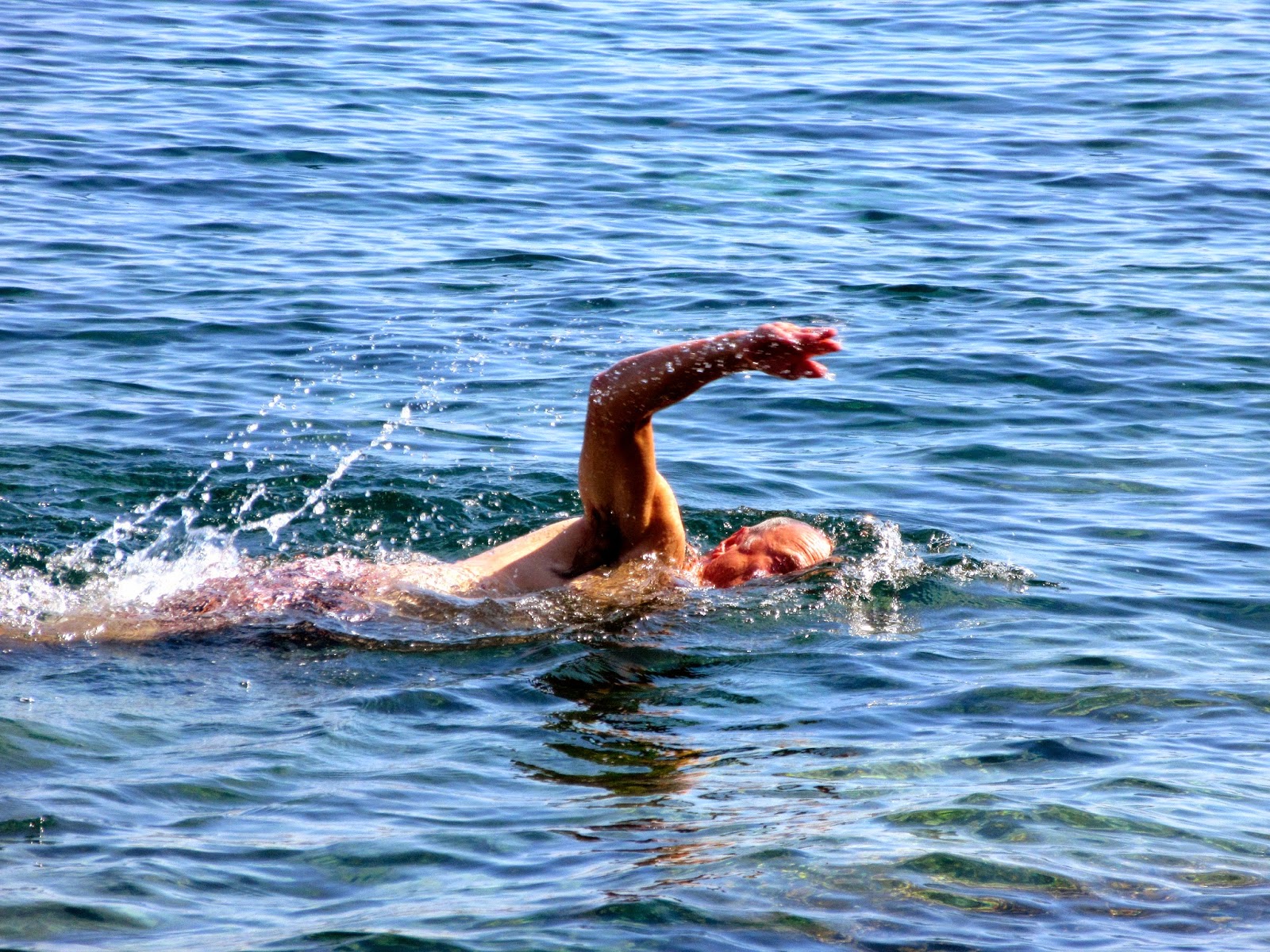 and thank goodness we did, because the next day the sea was closed.  Too rough.

Wally dives off the bottom rungs of the sea ladder and nearly becomes the human Costa Concordia.  The scratches down his tummy bear witness.

As we are sipping Prosecco on our terrace a super moon comes up across the sea.  Magic. 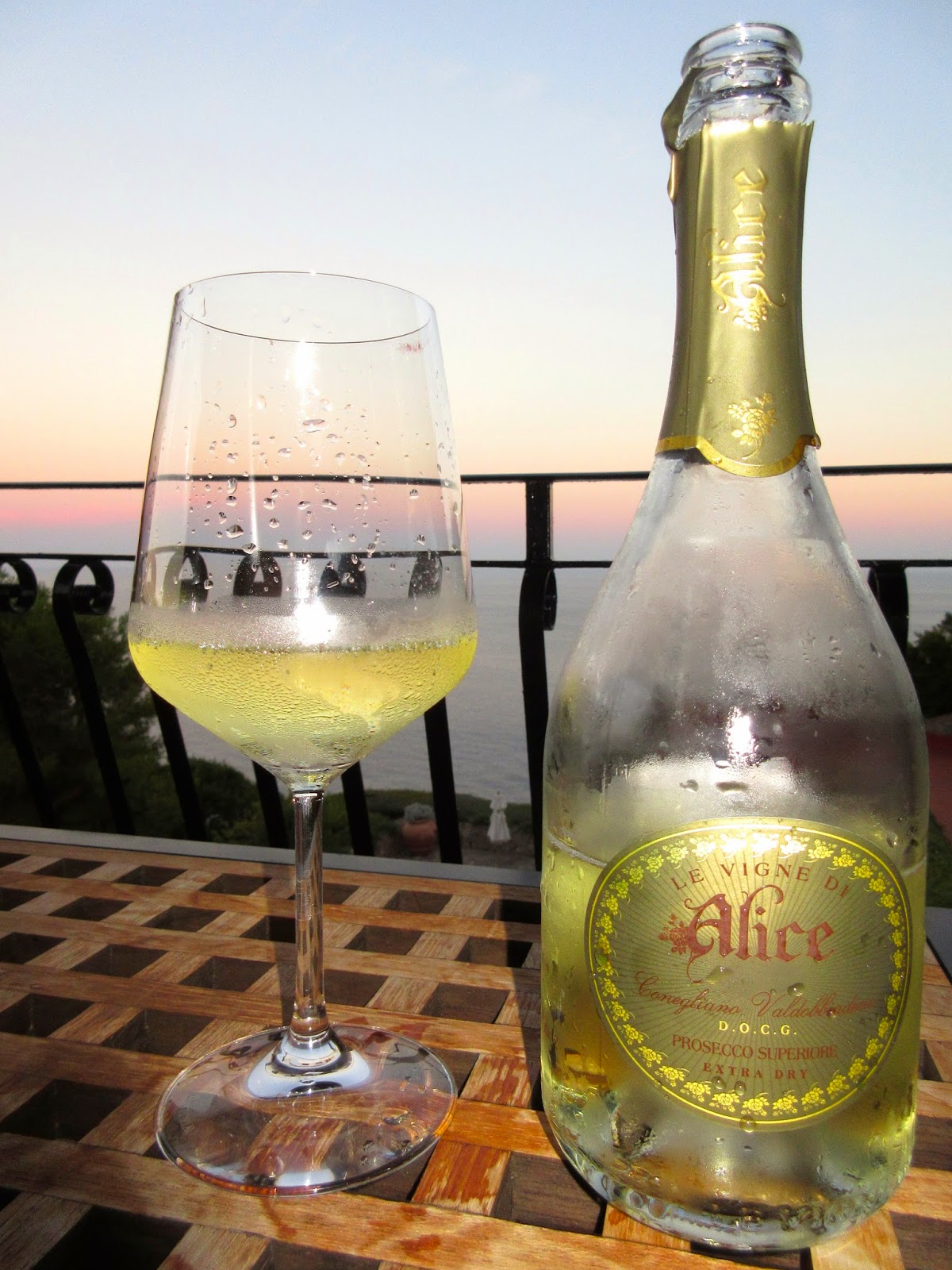 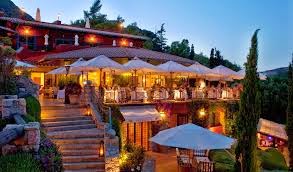 and dinner at their Michelin starred restaurant... 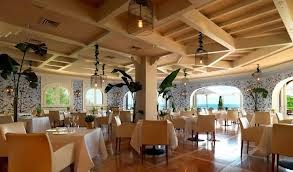 Every request, no matter how trivial or ridiculous, is met with "Yes, of course!"  And yet Mrs Ex Aga Khan is still grumpy.  I wonder what her life must be like if she can't be happy here.

The next morning the sea is too rough for swimming.  We drive into Porto Ercole for lunch and a walk down memory lane.  We rented an apartment here years ago.  No posh hotels, a small fishing harbor.  The charm remains. 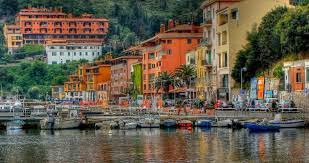 A jellyfish - a medusa in local parlance - pulses in the shallows of the harbor. 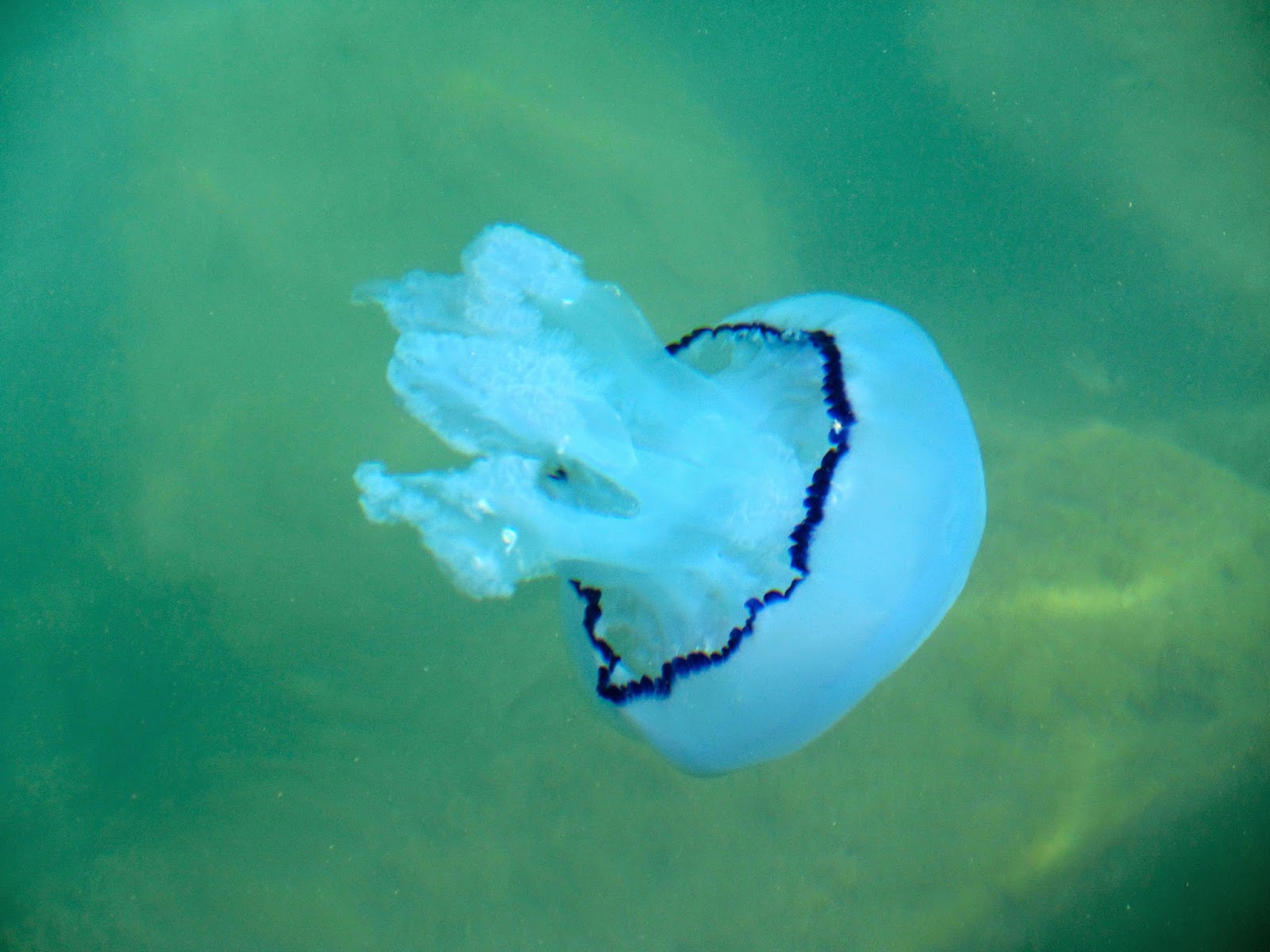 On the waterfront we eat Fritto Misto... 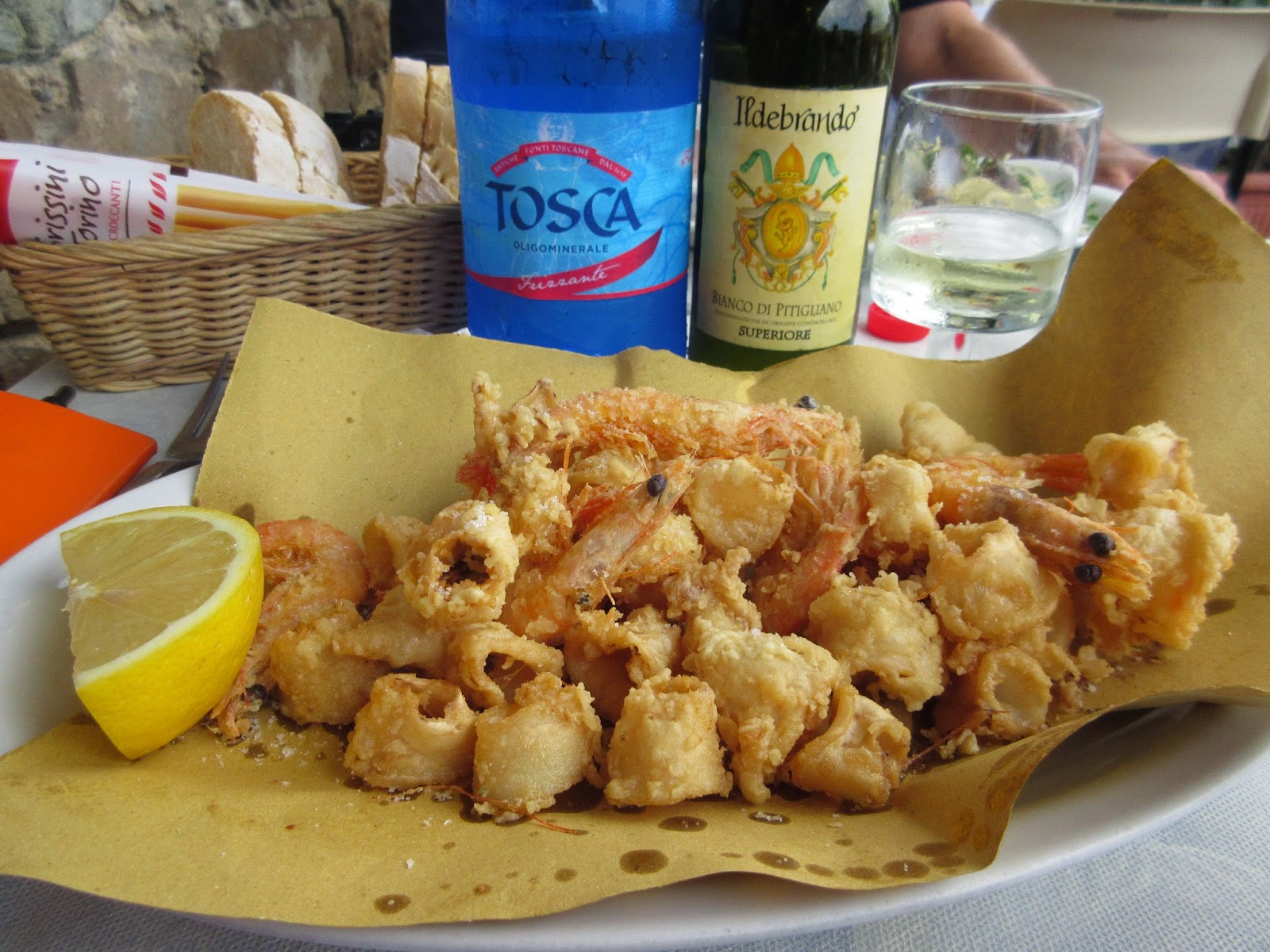 ...and spaghetti vongole with the locals and the rich Romans.  It's easy to tell them apart, 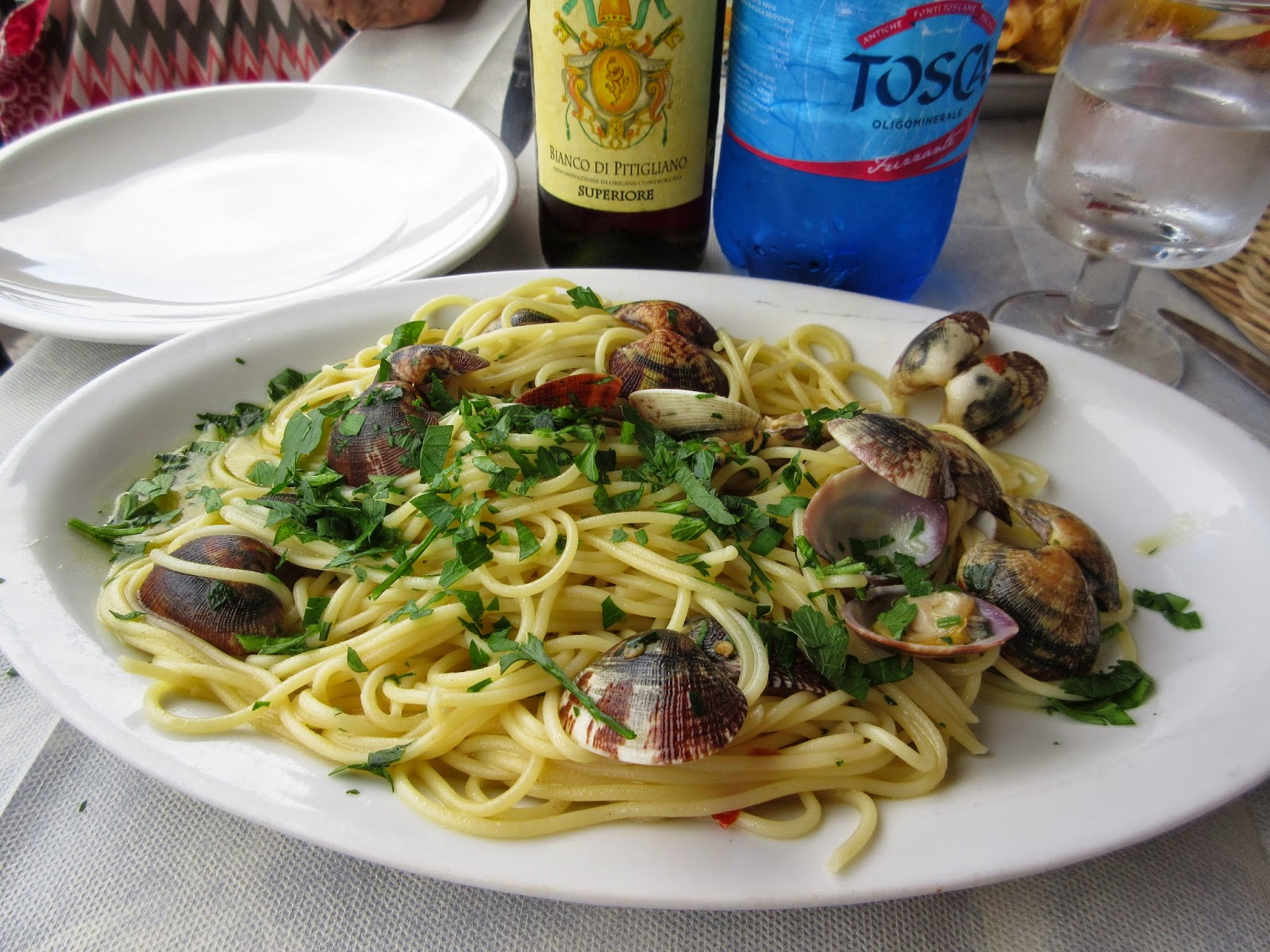 Some time in the night we have an unwanted visitor.  A mosquito the size of  Fiat. 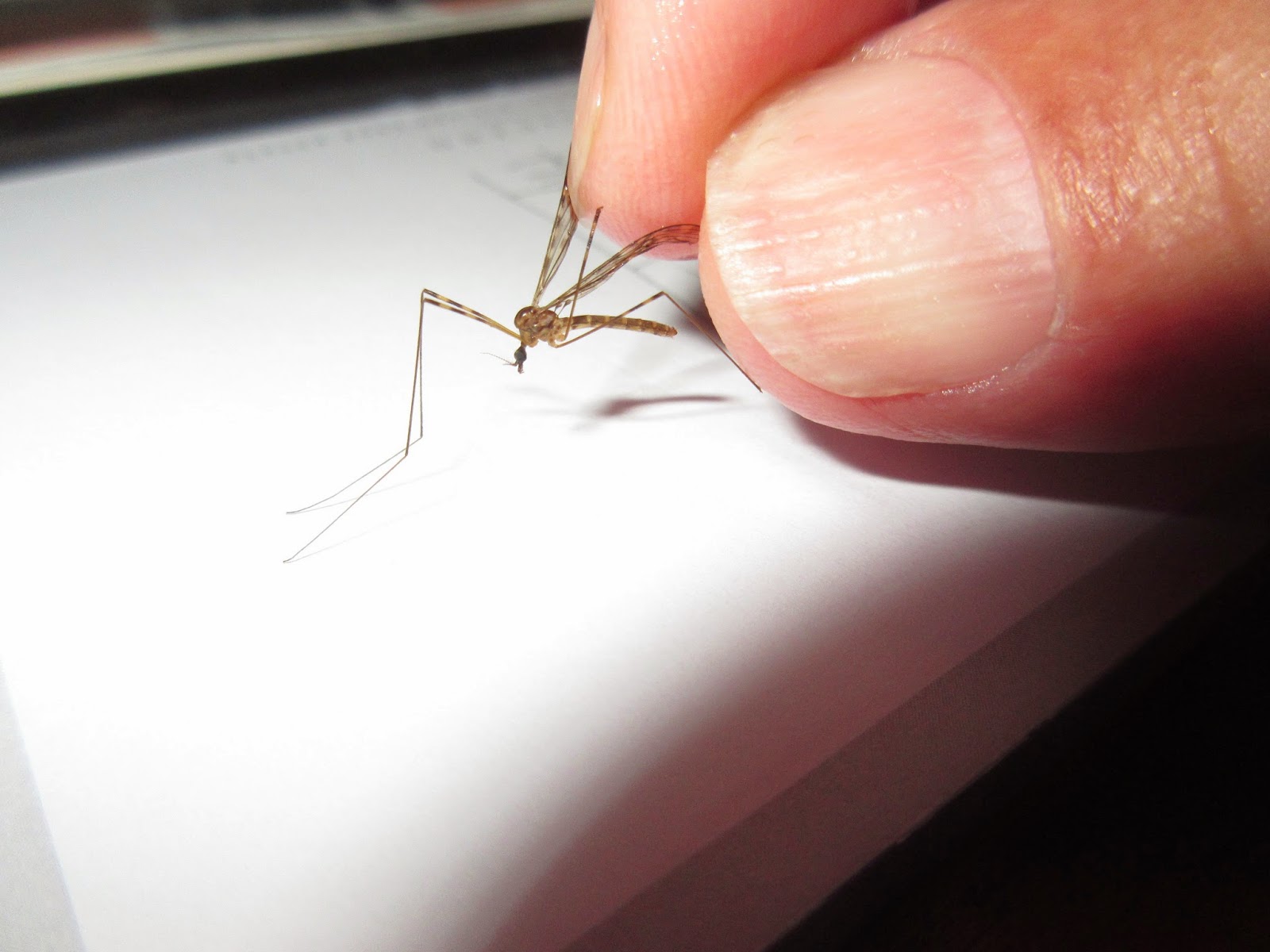 Happy Anniversary, my darling.  In paradise. 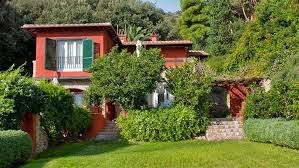 During the night there is a spectacular thunderstorm.  Seems to be a theme for our anniversary - when we were in Positano at La Sireneuse for an anniversary, there was a thunderstorm that knocked out the power.  Must have been a common thing, the generator kicked in within seconds.  Here the power stays on, and we stay up and watch the lightning fork down to the sea.

Next morning when it's time to leave we have breakfast on the terrace overlooking the pool under gray and threatening skies.  By the time we're driving away the rain is streaming down and all the dining is indoors.  Lucked out again.

If you have a chance, go.  Il Pelicano is a magical place.

Posted by Postcards From The Hedge at 11:50 AM