In St Petersburg our guides, Helen and Eugenia, talked about what life was like in the Soviet era.  Since we'd walked thru Russian history with them, from the triumphs of Peter The Great to the tragedies of Nicholas and Alexandria, we wanted to know the rest of the story.  And they seemed willing to talk about it.

Remind me not to complain when Lunardi's is out of blueberries.  In December.

In Estonia it was a different story.  Külli, our tall beautiful guide with a face like the moon, said "We have deep, ice-free ports, which other countries covet, and we have been under occupation for many years.  There was Peter I (that's Peter the Great), then the Danes who sold us to the Germans - Estonians became slaves.  And during the communist occupation it was no joke - it was survival.  Many were sent to Siberia.  Farms were nationalized.  No one could own property.  There were long lines for bread, for shoes, for sugar...everything we made or grew was sent to Russia.  We had nothing. 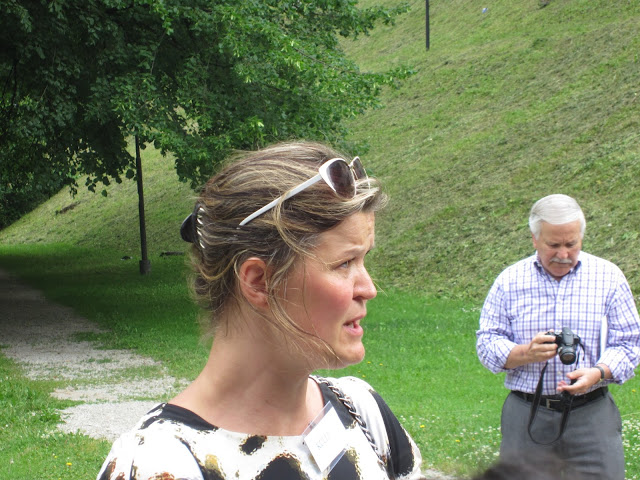 "And there was no incentive to work.  Education was discouraged.  I was trained to to test milk, but I got paid the same whether I did two tests or twenty.  So guess how many tests I did?  None!"

And her bosses did none - they looked at the milk, then went back to eating yoghurt.

Estonians are very reserved, very private.  They don't strike up conversations with strangers.  They don't ask questions.  Privacy is a sacrament.  Makes me wonder how they reproduce.  So I ask about dating.

"Mostly we meet at work, or under the influence of alcohol.  Sometimes in the winter, which is very dark, I am the only one in my local market not drunk.  At 10 a.m."  Remind me not to drive in Estonia. Even in the morning.

Estonia had a singing revolution - thousands of young people took to the streets and sang banned songs (including Külli) and then their beloved President (his office was a bit of a joke under Soviet rule) got Yeltsin drunk and tricked him into signing Estonia's independence.  But not until 1994.  And they're still trying to sort out the confiscated properties and return them to their rightful owners.  We had lunch on a family farm, now returned to the family.  And friends. 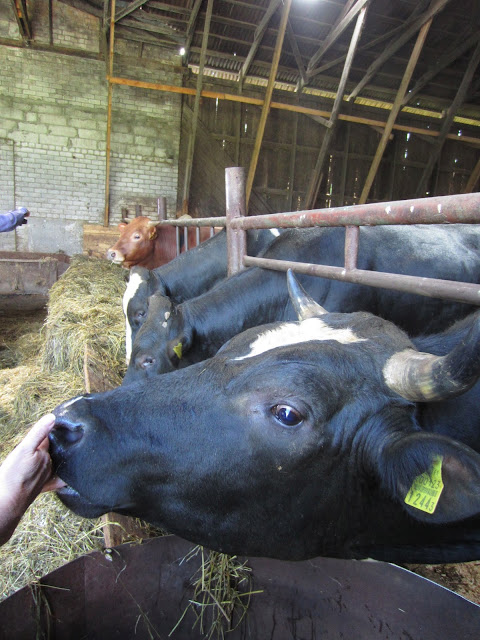 It's complicated.  It's been twenty years, and they're still working on it.  But they're thorough, and fair, and they'll work it out.
Posted by Postcards From The Hedge at 7:09 AM