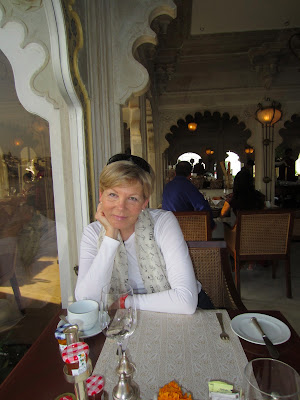 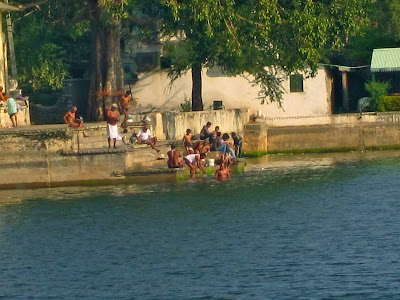 But the Maharana still has the best seat in the house. 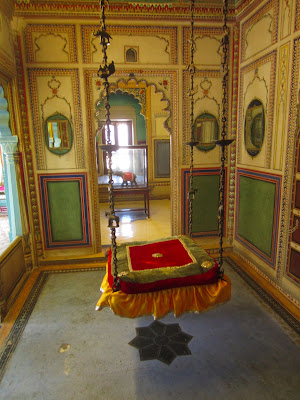 A Rajah is a king, a Maharajah is an uber-king, and a Maharana is an uber-general.  He was really a Maharajah who called himself General in the hope his Generals would be less likely to overthrow him if they thought he was one of them.  Judging from his uber-opulent palace, it worked.  At least for a while. 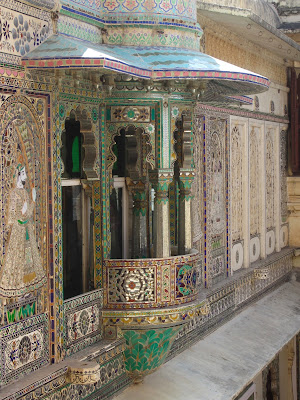 We learn the formula for a successful Bollywood film:  a fast song, a slow song, a fight scene, a wet sari song.  We have wet t-shirts, they have wet saris. 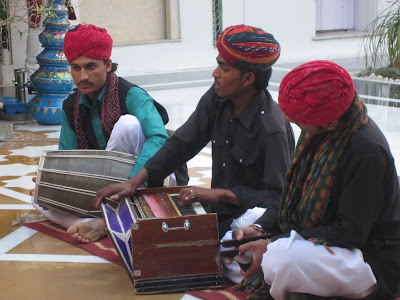 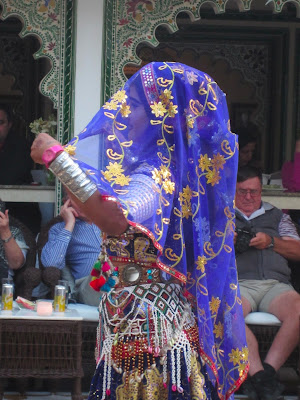 And a fabulous roof-top dinner, the stairs to the roof strewn with rose and marigold petals. 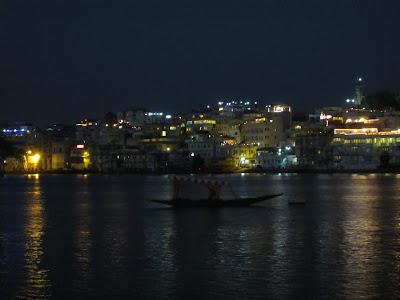 Morning departure.  How many check-outs require a life vest?  A second mortgage maybe...but rarely a life vest.  And check out the umbrella. 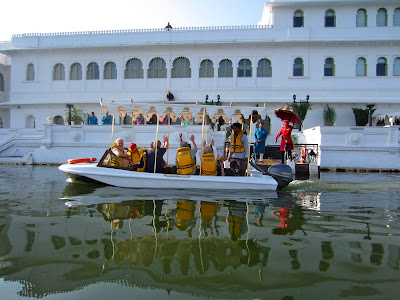 Most marriages are still arranged, and most marry within their community.  I think that means caste, even tho the caste system is officially outlawed.  But so is corruption and ninety cents of every dollar goes into someone's pocket.


Posted by Postcards From The Hedge at 9:01 PM